Home » Posts » Dentistry » orthodontics » Malocclusion: Is it associated with duration of breastfeeding? 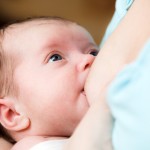 During bottle-feeding infants are make more passive movements of the muscles or the lips and tongue than are required during breastfeeding.  The more active movements involved in breastfeeding are considered to promote better occlusal development and correct growth of the orofacial structures. These benefits are thought to extend into the mixed dentition phase.

The aim of this review was to assess if the duration of breastfeeding had an effect on occlusal development.

In considering the findings of this review it is important to note that almost all of the included studies collected the breastfeeding data using retrospective questionnaire which raises the issue of recall bias.  This may have been avoided in the 3 longitudinal studies included.  Only 9 studies contributed to the meta-analysis which considered various aspects of malocclusion. Of the 11 meta-analyses presented in the paper 8 involve only two studies.

Large well conducted prospective cohort studies with contemporaneous recording of breastfeeding and other potential confounders such as non-nutritional sucking habits and the use of baby feeding bottles are needed to help resolve the debate of the impact of breastfeeding on malocclusion.