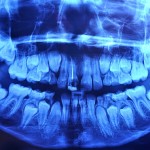 Congenitally missing teeth, selective tooth agenesis or hypodontia is a common dental anomaly. It can occur in syndromic or non-syndromic forms, with non-syndromic being the more common. Previous meta-analysis have shown wide variation between populations, and between males and females.

The aim of this review was to determine the prevalence of hypodontia and associated factors and update two earlier reviews (Mattheeuws 2004; Polder 2004).

Searches were conducted in the Medline, Embase and Google databases from 2002. Studies of hypodontia in the permanent dentition were included. Studies involving genetic conditions and third molars were not included. Only studies with an English language abstract were considered.

Study selection was carried out independently by two reviewers. Study quality was assessed using a specially designed form based on the STROBE statement. The main outcome measure (prevalence of hypodontia) was reported as an event rate. The relationship between hypodontia and other factors was investigated using Risk Ratio (RR).

There was a high variation in the prevalence of hypodontia between the studies. African populations were found to have a higher risk for tooth agenesis and there was an increased risk for females to have hypodontia than males.

This review updates two earlier reviews by Mattheeuws et al 2004 and Polder et al 2004. In addition to the 54 new studies this review included 39 studies from these two previous reviews. However, it appears that the quality of studies from the older reviews has not been re-assessed. While elements of the study quality of the newly identified studies have been provided, no overall summary of quality is made and a number of methodological weaknesses are highlighted. For example 85% of the studies did not provide a justification for the sample size and only 59% indicated diagnostic criteria or outcome measures. While results have been summaries by continent for three of these large landmasses, Africa, Australia and Latin America and the Caribbean only small numbers of studies were included so these estimates should be viewed vey cautiously as further studies are likely to result in changes to these estimates.