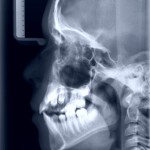 Anterior open-bite (AOB) is considered to be a challenging malocclusion to treat.  The aim  of this review  was to assess the scientific literature and compile the current state of  the evidence for stability of surgical and nonsurgical therapies for AOB malocclusion.

Medline, Embase and the Cochrane Library were searched  for studies in humans where the  outcome was assessed at the ≥ 1 year post-treatment, negative overbite (OB) or open-bite pre-intervention was defined by vertical measures, and corrective therapy for open-bite malocclusion adequately described.  The journals  American Journal of Orthodontics and Dentofacial Orthopedics and Angle Orthodontist were handsearched as were reference lists of included studies.  Studies accepted for analysis were reviewed and their relevant data retrieved for pooling. The long-term stability estimates were pooled into nonsurgical and surgical groups, and summary statistics were generated. Random-effects statistical models were used to pool the mean OB measures before and after treatment and also at the long-term follow-up.

Of the 105 abstract identified 21 articles were included in final analyses. All studies were case series.  The surgical treatment  group (SX) had a mean age of 23.3 years, the non-surgical group(NSX) a mean age of 16.4 years.

In the included case series publications, success of both the SX and NSX treatments of AOB appeared to be greater than 75%. Because the SX and the NSX were examined in different studies and applied to different clinical populations, no direct assessment of comparative effectiveness was possible. The pooled results should be viewed with caution because of the lack of within-study control groups and the variability among studies.

Last reply was August 20, 2015
Try out our members features!