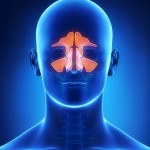 Sinusitis is one of the commonest reasons for visiting the doctor accounting for 15% to 21% of all adult outpatient antibiotic prescriptions. Patients may also present at dental practices, as pain from upper posterior teeth can be indistinguishable from sinusitis.  Typical signs and symptoms are purulent nasal discharge, postnasal drip, sinus pain at palpation, nasal obstruction with poor response to decongestants, unilateral facial pain and maxillary toothache.  The main aim this review was to assess the effects of antibiotics in adults with acute maxillary sinusitis by comparing antibiotics with placebo, antibiotics from different classes and the side effects of different treatments.

Searches were conducted in Cochrane CENTRAL, Medline, Embase, SIGLE, reference lists of identified trials and reviews, and ClinicalTrials.gov and the WHO International Clinical Trials Registry Platform (ICTRP).  Randomised controlled trials (RCTs) that compared antibiotics with placebo or antibiotics from different classes for clinically diagnosed acute maxillary sinusitis (whether or not confirmed by imaging or bacterial culture) in adults were included.  Study screening, quality assessment and data abstraction was conducted independently by two review authors. Risk rations and 95% confidence intervals were conducted for differences between intervention and control groups. Primary outcomes were clinical failure rates at 7 to 15 days and 16 to 60 days follow-up.

There is moderate evidence that antibiotics provide a small benefit for clinical outcomes in immunocompetent primary care patients with uncomplicated acute sinusitis. However, about 80% of participants treated without antibiotics improved within two weeks. Clinicians need to weigh the small benefits of antibiotic treatment against the potential for adverse effects at both the individual and general population levels