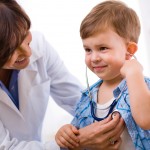 Molar incisor hypomineralisation (MIH) is a qualitative defect of enamel of systemic origin that can affect one or more first permanent molars and can also be associated with permanent incisors. Similar lesions presenting in second primary molars have been termed, hypomineralised second primary molars (HSPM). The prevalence of MIH is reported to be between 2.4-40.2% and HSPM to be 4.9-6.9%.   Affected teeth are associated with a high burden of disease and the nature of the defect predisposes them to treatment failure.

The aim of this review was to assess the strength of evidence linking aetiological factors for MIH and HSPM.

Searches were conducted in the Medline and Embase databases supplemented by hand searches in the journals, International Journal of Pediatric Dentistry, and European Archives of Pediatric Dentistry. Study selection was carried out independently by two reviewers with data abstraction being performed by a single reviewer a checked by a second reviewer. Risk of bias was assessed using the Newcastle-Ottawa Scale (NOS). A narrative summary was presented.

Prenatal and perinatal factors are infrequently associated with MIH. However, despite a lack of prospective studies, early childhood illness (in particular fever) appears to be associated with MIH. Further prospective studies that adjust for confounding based on biological principles, as well as genetic and epigenetic studies, are needed because the etiology is likely to be multifactorial.

Observational studies will be key to assessing suspected aetiological factors for MIH in the population. However, the majority of the included studies in this review are retrospective and while the authors highlight that mother recall of perinatal events is good recall bias is a concern and recorded data is also unlikely to be complete. The authors also note that few of the studies have made any adjustments for confounding and even were this was addressed it was poorly reported. The studies lack details regarding the exposures investigated in the studies. So while the evidence is suggestive of a link between early childhood illness and MIH well conducted and reported prospective studies are needed to clarify any link.