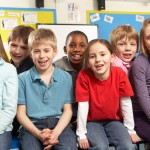 Oral disease, in particular caries is the commonest disease in children worldwide and a major public health problem. Oral diseases impose considerable financial, social and personal burdens so prevention early detection and treatment are important. Schools dental screening is considered to help make children and parents aware of dental problems early and was endorsed by the World Health Organisation in 2003.

In 2006 the UK National Screening Committee noted that there was no evidence to support the effectiveness of school-based dental screening in increasing dental attendance rates or reducing caries levels for children, particularly those from low socioeconomic position.  A position that was endorsed following a review in 2014. However, School dental screening continues in many countries often as part of school health services although processes and objectives vary from country to country.

The aim of this Cochrane review was to assess the effectiveness of school dental screening programmes on overall oral health status and use of dental services.

Searches were conducted in the Cochrane Oral Health’s Trials Register, the Cochrane Central Register of Controlled Trials (CENTRAL), Medline, Embase, the US National Institutes of Health Trials Registry (ClinicalTrials.gov) and the World Health Organization International Clinical Trials Registry Platform databases.  There were no restrictions on language or date of publication.

We did not find any trials addressing cost-effectiveness and adverse effects of school dental screening.

Even before the UK National Screenings committee’s 2006 decision regarding school dental screening for dental health its value in improving oral health of children was being questioned. Although it continues to have the confidence of politicians, health care planners and policymakers in many countries.  This Cochrane review found some evidence that ‘screening as a dual process of clinical examination and informing parents of their child’s oral health status might bring enhanced clinical effects if the process of information were strengthened with specific or personalised referrals or periodic reminders.’   But only very-low to low quality evidence quality evidence regarding the role of school dental screening for increasing dental attendance.

These finding are in agreement with a similar systematic review by Joury et al (Dental Elf – 19th Dec 2016) includes four of the 5 studies included in this review. The fifth study, included by Joury was excluded from the current review because of the short 3 months follow up period. As the authors note the included studies measured dental attendance as an outcome rather than oral health and none of the studies reported on long-term effects. A majority of the included studies were performed in the UK  so along with a recommendation for further high quality research there is a recommendation for research in middle and low-income countries.