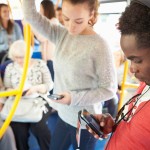 During adolescence importance physical, psychological and behavioural changes take place and individual develop behaviours and habits that are often continued on into adulthood. This time is also associated with increased oral health risks because of greater independence, poor nutritional habit, increased number of tooth surfaces and orthodontic treatment. Oral health promotion targeted at these risks may influence disease progression and have long-lasting impacts on oral health.

To aim of this review was to evaluate the effectiveness of health promotion interventions on oral health knowledge, behaviour and status of healthy adolescents.

Searches were conducted in the Medline, Pre-Medline, Embase, PsychINFO and Cochrane Databases. Randomized controlled trials (RCTs) in any language, published from January 1987 to September 2019, reporting oral health promotion programmes in adolescent populations and quantitatively assessing outcomes of the interventions were considered. Adolescence was defined as 10-19 years of age.  Studies were assessed independently by two reviewers and data abstracted. Disagreements were resolved by a third reviewer. Methodological quality of the studies was assesses using the Downs and Black criteria . Primary clinical outcomes (gingival health, plaque scores, caries) and secondary proxy outcomes were evaluated.  Where possible meta-analyses were conducted of the primary outcomes, with subgroup analysis based on intervention (comprehensive health promotion and education-only).

Oral health promotion programmes targeting adolescents have the ability to improve clinical oral health outcomes in the short and long term. Programmes should use more behavioural theory-based interactive and strategic methods, including self-awareness and the use of the wider community and peers for oral health promotion activities over a longer intervention duration.

We looked at a Cochrane review of community based oral health promotion interventions focussed on children in 2016 (Dental Elf – 28th Sept 2016). This new review focusses on adolescents a less frequently studies group. Various age ranges are used to delineate adolescence, but the range used by this review is the WHO one of 10-19 years.  The authors have searched a good range of databases employing a standard methodology. While 28 datasets were included only 13 contributed to the meta-analyses. Common methodological problems identified with the studies were a failure to blind participants, adjust for confounders and report on participant representation of the population under study. Increasingly it is being recognised that oral health promotion interventions should be based on behaviour change theories. However only 50% of the included studies were based on theory and of the only half of these reported outcomes based on these theories.  All but 4 of the studies were based in a school setting which should be taken into account when considering the review’s findings. It is also worth noting that only 25% of the included studies had follow up periods of longer than 12 months.