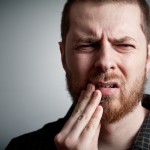 Dentine hypersensitivity is a common problem. Typically, it is presents as a short sharp pain arising from exposed dentine as a result of a variety of stimuli that is not associated with any other dental pathology.  Lasers are one a wide range of options that have been used for the treatment of dentine hypersensitivity.

The aim of this review was to assess the effects of different types of lasers on dentine hypersensitivity.

Searches were conducted in the PubMed, Embase, Web of Science, Cochrane Central Register of Controlled Trials (CENTRAL) (The Cochrane Library) the Chinese Biomedical Literature Database. ProQuest Dissertation Abstracts, the International Clinical Trials Registry Platform, a thesis database, ClinicalTrials.gov, and the System for Information on Gray Literature in Europe (SIGLE) databases. Randomized controlled trials (RCTs) comparing the different effects of lasers, placebo, or no treatment on DH with an initial follow up at less than 30 minutes after treatment a minimum follow up of 1 month and published in English were considered. Two reviewers independently screened the titles and abstracts and extracted data with risk of bias being assessed using the Cochrane tool and pairwise and network meta-analyses conducted.

this network meta-analysis showed no significant differences were observed among Er,Cr:YSGG, Nd:YAG, Er:YAG, and GaAlAs lasers both in the immediate term and over the long term (1 month). However, based on the treatment ranking of probability, which indicated that Er,Cr:YSGG may be the best laser for the treatment of DH in the immediate term and in the long term (1 month). In addition, the results of this study showed that there was a significant placebo effect on DH, supporting the importance of including a placebo group in future studies.

A number of reviews for treatments of dental hypersensitivity have been conducted (Dental Elf – Dentine hypersensitivity blogs) with the last one we looked at (Dental Elf – 24th Sep 2019) indicating that all agents that had been reported have some utility in treating this troublesome condition. This new network meta-analysis is focused solely on lasers for treating dentine hypersensitivity.  A broad range of databases have been searched although included studies have been restricted to those published in English which may have excluded relevant studies.

Only 11 RCTs  ( only 1 of which was at low risk of bias) were included and results are reported for immediately post treatment at one month which was the most commonly reported follow up time. Whether 1 month can be considered a long-term is a matter for debate and outcomes reported at 3 and 6 months would be useful in future primary studies.  A number of pairwise meta-analyses are reported but they only included small numbers of studies.  While the network meta-analyses indicate a rank order for the lasers the authors highlight that there were no significant differences between the 4 types.  The authors also highlight the variation in the parameters that are used in the included studies as well as the challenge of the various methods of assessing dentine hypersensitivity.

Dentine Hypersensitivity: Which agents are most effective?