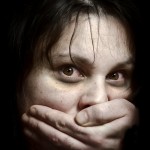 Halitosis (bad breath) is an unpleasant odour coming from the mouth that may originate from an oral or non-oral sources. It can be unpleasant enough to cause personal embarrassment. The reported prevalence estimates range from 2.4 to 78% with the American Dental Association reporting that 50% of American adults suffer.

The main aim of this review was to assess the prevalence of halitosis in adults and adolescents.

Searches were conducted in the Medline, Web of Science, Scopus, and SciELO databases. Two reviewers independently screened the studies. Original observational studies published in English, Spanish, French, and Portuguese which reported the prevalence or data that allowed the calculation of prevalence of halitosis in adolescents and adults were considered.  Two reviewers assessed study quality using the Joanna Briggs Institute checklist for prevalence and incidence studies.

Our results demonstrated that the estimated prevalence of halitosis was 31.8%, with high heterogeneity between studies. The results suggest a worldwide trend towards a rise in halitosis prevalence.

This interesting review provides a good overall assessment of the prevalence of halitosis. The authors highlight that while both oral and non-oral sources for halitosis are investigated 80-90% of case are attributed to an oral cause. The suggest that higher rates of periodontal disease in low-middle income countries may be linked to the higher overall prevalence of halitosis.  They also highlight higher prevalence of halitosis noted in studies published after 2007 speculating that this may be due to changes in dietary patters with an increase in the consumption of alcohol and in the use of spices as flavouring in foods. Although there may also be greater attention being paid to halitosis. Given the subjectivity of self-assessed halitosis and organoleptic testing it is interesting that the method used to assess halitosis assessment did not impact on its prevalence.

Last reply was November 17, 2017
Try out our members features!