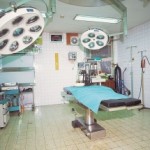 The existing Cochrane systematic review on surgical treatment of oral and oropharyngeal cancers has been updated, with important changes to the conclusions.

The reviewers concluded that  there was weak evidence to suggest that dissection of clinically negative neck nodes at the time of removal of the primary tumour reduced cancer recurrence.  However, there was insufficient evidence to conclude that elective neck dissection increases overall survival or disease free survival compared to therapeutic neck dissection.

The reviewers searched MEDLINE, EMBASE and the Cochrane Controlled Trials register and found seven randomised controlled trials, comprising 669 patients.  All of the trials were assessed as being of low quality.

The reviewers found data on the following comparisons:

Insufficient data was available to inform the latter two comparisons.   For the first comparison, significant clinical heterogeneity between the studies prevented any meta-analysis.