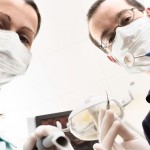 There were more than 404,000 new cases of oral cancers worldwide in 2002.  Oral cancer is  the are the sixth most common cancer worldwide, accounting for an estimated 4% of all cancers. Incidence and mortality varies geographically.  Surgery plays an important part of the management of oral cavity cancer with regard to both the removal of the primary tumour and removal of lymph nodes in the neck. Surgery is less frequently used in oropharyngeal cancer.  The aim of this Cochrane review  was to determine which surgical treatment modalities for oral cavity and oropharyngeal cancers result in increased overall survival, disease free survival, progression free survival and reduced recurrence.

A range of databases were searched ( the Cochrane Oral Health Group Trials Register, the Cochrane Central Register of Controlled Trials (CENTRAL) Medline and Embase via OVID). using no restrictions  regarding language or date of publication.  Randomised controlled trials where more than 50% of participants had primary tumours of the oral cavity or oropharynx, and which compared two or more surgical treatment modalities or surgery versus other treatment modalities were included.

Seven studies were included , but none were assessed as low risk of bias. Trials were grouped into three main comparisons.

November is Mouth Cancer Action Month in the UK