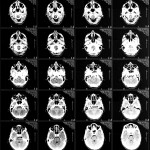 The use of illicit drugs or alcohol(substance using)  is a  most common precipitator of facial injuries among socioeconomically disadvantaged populations.  Reducing these risky behaviours could improve outcomes and reduce potential for reinjury.   The aim of this study was to assess whether a culturally competent, personalized motivational intervention incorporated into surgical care could significantly reduce existing substance use behaviours in facial injury patients.

218 substance-using patients presenting with facial injuries to a level 1 trauma centre were randomly assigned to either a personalized motivational intervention (PMI) condition or a health-information (HI) control condition. Following a short assessment of the individual’s substance use severity and willingness to change these behaviours, both groups attended two counselling sessions with a trained interventionist.

Those in the PMI group (n _ 118) received individualized, motivational interventions, whereas the HI group (n _ 100) received only general health information. Both groups were reassessed at 6 and 12 months post injury with changes in substance-use patterns being measured to assess the effects of intervention. Both  groups were closely matched on their socio-demographic and substance use characteristics.