Home » Posts » Dentistry » oral and maxillofacial surgery » Avascular necrosis of the jaws (BRONJ): risk and incidence low in the UK 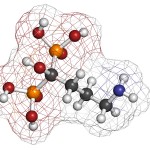 Bisphosphonates are most commonly prescribed for the management of osteoporosis but they are also used for the treatment of Paget’s disease and malignancies involving bone ( myeloma, breast and prostate cancer). Bisphosphonate-related osteonecrosis of the jaw (BRONJ) was first reported in 2003 and has emerged as a serious complication of their use.

The aim of the study was to identify and describe the characteristics of all new referrals with avascular necrosis of the jaw, including BRONJ, to departments of oral surgery, oral medicine, oral and maxillofacial surgery, and to dental hospitals in England, Wales, Scotland, and Northern Ireland. We also aimed to estimate the national incidence.

Patients presenting with avascular necrosis of any cause, including BRONJ, between 1 June 2009 and 31 May 2011 were eligible for inclusion irrespective of age or coexisting conditions.   BRONJ was distinguished from avascular using an adapted working definition used by the American Association of Oral and Maxillofacial Surgeons (AAOMS).

Data was collected at a local level and data entry was facilitated by a dedicated web- tool. population estimates for 2009 to calculate incidence. The National Institute for Health and Care Excellence (NICE) costing template for osteoporosis (TA161) for England to estimate numbers of postmenopausal women (taken as aged 50 and over), the percentage with osteoporosis and a clinically apparent osteoporotic fragility fracture, and projections for use of bisphosphonates by postmenopausal women with osteoporosis

To our knowledge this is one of the first studies to estimate national rates of BRONJ. It confirms that the risk and incidence are low. With changes in trends for antiresorptive bone medication, and increasing numbers of elderly people, it would be useful to repeat the registration in the future.

As the authors note not all the cases of BRONJ will have been identified, as an important limitation of the study is the varied participation of the units and regions. However this study does provide useful information about the incidence of BONJ in the UK which was unknown when the Scottish Dental Clinical Effectiveness Programme produced their guidance on the ‘Oral Health Management of Patients Prescribed Bisphosphonates’ back in 2011.