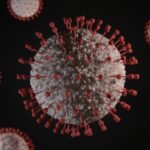 This study reports on several key findings regarding SARS-CoV-2, the virus which causes COVID-19. Most notably, the virus remains viable and survives on several surfaces and in an aerosol. This adds to the body of evidence that fomite transfer is possible and aerosol generating procedures may increase the risk of virus transmission. Therefore, appropriate proactive and robust cross-infection measures are required to mitigate viral spread. It is of note that as the samples were collected from the Goldberg Drum that generated the aerosols, it is not possible to determine virus viability in relation to distance from the point of aerosol generation, type of aerosol or the duration of aerosol generating procedures. These questions would be of importance in healthcare, especially in dentistry, and more research is required in this area.

For those with an interest in the transmission dynamics of  SARS-CoV-2  the Oxford Centre for Evidence-based Medicine (OCEBM) has an ongoing open systematic review ( Jefferson et al ). In addition the OECBM has two other open reviews in progress one on environmental and  another onworkplace exposures as well as a general introduction to coronaviruses.

Photo by Viktor Forgacs on Unsplash

Last reply was July 4, 2020
Try out our members features!