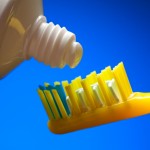 Xylitol is a 5-carbon sugar alcohol that does not stimulate insulin production so is used as a sugar substitute. It has been incorporated into a range of products including, chewing gum, syrup, lozenges, sprays, mouthwashes, gels, toothpaste, candies, and varnishes It is also thought to help prevent dental caries. The aim of this Cochrane review was to assess the effects of different xylitol-containing products for the prevention of dental caries in children and adults.

Searches were conducted in the Cochrane Oral Health Group Trials Register the Cochrane Central Register of Controlled Trials (CENTRAL), Medline, Embase CINAHL, Web of Science Conference Proceedings, Proquest Dissertations and Theses, the US National Institutes of Health Trials Register (http://clinicaltrials.gov) and the WHO Clinical Trials Registry databases. Randomised controlled trials (RCTs), including cluster-randomised trials comparing xylitol-containing products with placebo, no intervention or one xylitol-containing product with another were considered. Cross-over trials were excluded. The minimum intervention period was I year.

We found some low quality evidence to suggest that fluoride toothpaste containing xylitol may be more effective than fluoride-only toothpaste for preventing caries in the permanent teeth of children, and that there are no associated adverse-effects from such toothpastes. The effect estimate should be interpreted with caution due to high risk of bias and the fact that it results from two studies that were carried out by the same authors in the same population. The remaining evidence we found is of low to very low quality and is insufficient to determine whether any other xylitol-containing products can prevent caries in infants, older children, or adults.

Since the Turku sugar studies on the 1970s there has bee interest in Xylitol as a potential agent for caries reduction. Since then it has been used as sugar substitute in a range of products so it is disappointing that this well conducted review could only find a small number of randomised controlled trials. The authors discuss 4 previous reviews on this topic, only two of them systematic with only one of the review concluding that there is any benefit from the use of xylitol. The studies included in this review had differing dosages of xylitol and the literature suggests that there may be a threshold effect below which xylitol is not effective there therefor suggest that this is investigated in future studies. It is also important that future studies are carried out according to SPIRIT 2013 guidelines, and reported according to CONSORT 2010 guidelines.

Cochrane Oral Health Group – Xylitol in toothpaste may prevent tooth decay, but there is no evidence that xylitol in sweets and chewing gum has an effect