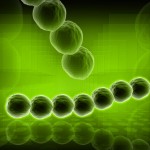 Xylitol is a low-calorie sweetener found naturally in a number of fruits and vegetables. It has been used as a sugar substitute for more than 30 years. It has been suggested that xylitol may reduce the levels of mutans Streptococci (MS) in plaque.

The aim of this review was to assess the effect of maternal use of xylitol gum on MS reduction in infants to evaluate the role of xylitol gum in caries prevention strategies.

The PubMed, Embase, Scopus, and Cochrane Central Register of Controlled trials databases were searched without language restrictions. Randomised or quasi-randomised controlled trials that evaluated the outcome of the maternal use of xylitol gum on MS colonization in infants were considered. Two reviewers extracted data independently and study quality assessed using the Cochrane risk of bias tool. The primary outcome was the presence of MS in the saliva or plaque of infants; the secondary outcome was dental decay.

Habitual xylitol consumption by mothers with high MS levels was associated with a significant reduction in the mother-to-child transmission of salivary MS. These findings, however, were based on evidence that may have suffered from biases, warranting further research involving large RCTs.

This review has conducted a wide search for evidence and identified 11 reports of 5 trials. Three research groups have published one or more papers; in the main representing different follow up time points from the original studies. The authors have meta-analysed the data at these five time points. However, only one of these time points (12-18 months) included more than 2 studies.

It also needs to be borne in mind that the hypothesis is that by delaying the transmission of MS there will be an impact on caries. So while the review suggests that xylitol use reduced MS transmission, the evidence related to caries reduction is mixed.