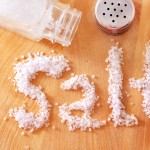 Fluoridated salt has for many years been proposed as a vehicle for the prevention of caries. A 2010 systematic review by Yengopal et al indicated that salt fluoridation could reduce caries. The aim of this study was to evaluate the effect of school-based and domestic distribution of fluoridated salt on caries increment in schoolchildren residing in a disadvantaged community in Sweden.

The target group were children aged 12-14yrs from low-socio-economic background. One school was selected and assigned as intervention site, whereas the other school served as reference.   Students in the intervention school were provided with fluoridated salt  (250ppmF) in two ways: (i) access to F-marked table salt jars during intake of the cooked school meal at lunchtime and (ii) free supply of fluoridated salt in their homes for cooking and table use.  Use at school was ad libitum according to the individual preference.  A base line questionnaire of oral health habits was also conducted.  Participants were clinically examined at baseline and after 2 years. The primary outcome measure was caries increment

Within the limitations of the present field project, it was concluded that enhanced fluoride exposure through domestic salt did not seem to reduce the number of new caries lesions or slow down the progression rate of the already existing lesions in permanent teeth of schoolchildren from a disadvantaged area. We found, however, a negative relationship between the amount of delivered salt and caries increment within the intervention school, which indicate that fluoride salt may be a cost-effective and alternative source of fluoride in schoolchildren provided that the barrier of compliance can be bridged.

While it is possible to conclude that there may be some benefit from the use of fluoridated salt in some communities there is always the concern that promoting the use of salt (even if we are talking about substitution rather than increased consumption) is contradictory to other public health measures to reduce salt intake.  The other issue is the quality of the evidence available to support recommendatiosn for its use.  The Yengopal review referred to be the authors of this study included 9 studies and concluded that the available evidence suggested a caries preventive effect for salt.  However, an appraisal of this review by Yeung highlighted the significant statistical heterogeneity in the available studies and noted the poor quality of the included studies and a later review by Cagetti et al of fluoridated foods did not consider any of the fluoridated salt studies identified met their inclusion criteria.