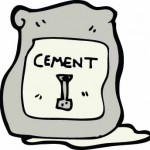 Dental caries is one of the commonest diseases of children worldwide. Once the pulp has become involved a range of interventions involving a treatment technique and a medicament are available; pulp capping; pulpotomy and pulpectomy.

The aim of this review was to assess the effects of different pulp treatment techniques and associated medicaments for the treatment of extensive decay in primary teeth.

Searches were conducted with no language or date restriction in the Cochrane Oral Health Group’s Trials Register, the Cochrane Central Register of Controlled Trials (CENTRAL), Medline, Embase, the Web of Science, OpenGrey, the US National Institutes of Health Trials Register and the World Health Organization (WHO) Clinical Trials Registry Platform.

Study selection, data abstraction and risk of bias assessment was carried out independently by two reviewers. The primary outcomes were clinical failure and radiological failure, as defined in trials, at six, 12 and 24 months. Pairwise meta-analyses using fixed-effect models was conducted with statistical heterogeneity being assessed using I2 coefficients.

We found no evidence to identify one superior pulpotomy medicament and technique clearly. Two medicaments may be preferable: MTA or FS. The cost of MTA may preclude its clinical use and therefore FS could be used in such situations. Regarding other comparisons for pulpectomies or direct pulp capping, the small numbers of studies undertaking the same comparison limits any interpretation.

This publication updates the earlier Cochrane review first published in 2003; that review only included 3 studies so the increase in available publications that address this topic is welcome. However, as the authors note there are a number of shortcomings in the primary studies.

One of those highlighted is the wide range of outcome measures reported which makes meta-analysis difficult if not impossible. The other is the size of the included studies the majority of which are small.

In their discussion the authors also suggest that a network meta-analysis of this area may be helpful to unravel the efficacy hierarchy. One was published earlier this year by Lin et al (Dental Elf – 27th Feb 2014) which included 37 studies with 22 contributing to the network meta-analysis.  That suggests that MTA had the best clinical and radiographic outcomes at 9-12 months.