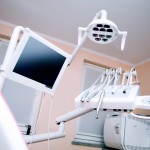 Dental caries remains a significant public health problem and its management requires the removal of carious lesions. Traditionally this has been accomplished using rotary instruments which have disadvantages included anxiety, discomfort and excessive removal leading to pulpal damage and death. As a result alternative management techniques including stepwise, partial, or no dentinal caries removal, chemo-mechanical removal, air-abrasion, sono-abrasion, laser, and atraumatic restorative treatment (ART) have been advocated.

The aim of this review was to compare the effects of laser-based methods to conventional mechanical methods for removing dental caries in deciduous and permanent teeth.

Randomised controlled trials (RCTs), split-mouth trials and cluster-randomised trials comparing laser therapy to drill ablation of caries in patients of any age were considered. The primary outcomes were caries removal and episodes of pain during and after treatment. Two reviewers independently selected studies, abstracted data and assessed risk of bias using the Cochrane tool. Standard Cochrane methodological approaches were used for the analysis.

Given the low quality of the body of evidence, we concluded that evidence was insufficient to support the use of laser as an alternative to traditional drill therapy for caries removal. We found some evidence in favour of laser therapy for pain control, need of anaesthesia and patient discomfort, but, again, the body of evidence was of low quality. Additional well-designed, randomised trials investigating the most relevant outcomes are needed.

As is usual for Cochrane review an extensive search of databases and sound methodological approach was used through the review. The authors note that the number of participants included in the trials would have been sufficient to address the question of whether lasers were effective in removing caries yet few of the studies addressed this outcome. In addition only 5 of the 9 considered pain and only 4 looked at pulpal inflammation and necrosis. None of the included studies was considered to be al low risk of bias and a majority of the included studies were also funded by for profit companies. Because of the limited quality of the available evidence further studies are needed to evaluate the efficacy of lasers for caries removal. These studies need to consider appropriate outcomes measures and have sufficient follow up period to ensure both long and short terms outcomes can be assessed.

Last reply was September 30, 2016
Try out our members features!