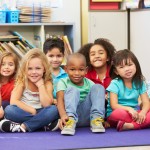 This new Cochrane review looked at school-based interventions aimed at changing behaviour related to toothbrushing habits and the frequency of consumption of cariogenic food and drink in children between the ages of 4 and 12 years.

The Cochrane Oral Health Group’s Trials Register, and Cochrane Central Register of Controlled Trials (CENTRAL) ,Medline, Embase, CINAHL, PsycINFO, Current Controlled Trials, ClinicalTrials.gov ,Web of Science and  Dissertations and Theses via Proquest databases were searched. In addition a number of relevant journals that had not already been searched as part of the Collaboration’s handsearching programme were hand searched.   There were no language or date restrictions.

Randomised or cluster randomised controlled trials (RCTs) were included. Included studies had to include behavioural interventions addressing both toothbrushing and consumption of cariogenic foods or drinks and have a primary school as a focus for delivery of the intervention.  The primary outcomes were changes in caries or plaque levels.

School-based toothbrushing programmes are a commonly used oral health improvement measure  and many are linked with behavioural interventions but as it would seem from the paucity of available evidence rarely robustly evaluated. Several of the studies that met the initial inclusion criteria were also excluded as they did not include any food or drink components within the intervention.

An earlier Cochrane review by Harris et al (2012) found some evidence to support one-to-one dietary interventions in the dental setting . However, these were more successful for fruit/vegetable and alcohol consumption that dietary sugars.

Last reply was August 30, 2017
Try out our members features!