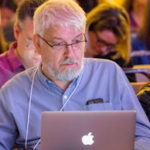 Professor Paul Salkovskis qualified as a clinical psychologist in 1979 at the the Institute of Psychiatry and Maudsley Hospital. He worked in Yorkshire as a NHS clinical psychologist before moving to the University of Oxford as a Research Clinical Psychologist. In Oxford he became Professor of Cognitive Psychology, before leaving to work at King’s College London Institute of Psychiatry as Professor of Clinical Psychology and Applied Science and Clinical Director in the Centre for Anxiety Disorders and Trauma. As part of this role he led the SLaM and national outpatient OCD service. He was subsequently Professor of Clinical Psychology and Applied Science at the University of Bath where he was also director of a joint University/NHS national specialist anxiety disorder clinic and Programme Director for the Clinical Psychology Doctorate Programme. In April 2018 he took up post as Director of the Oxford Institute of Clinical Psychology (University of Oxford and Oxford Health NHS Foundation Trust) and the Oxford Centre for Cognitive Therapy. He is Editor in chief of Behavioural and Cognitive Psychotherapy, and on the editorial board of many international journals. He is an active Patron of several OCD and anxiety disorder charities and is committed to co-production in research. He has published well over 300 articles and chapters on the understanding and treatment of psychological problems and anxiety disorders and shows little sign of slowing up yet. 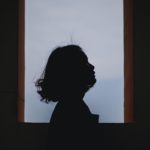 Paul Salkovskis and Jo Edge explore the Power Threat Meaning Framework that was published in January 2018 by the British Psychological Society Division of Clinical Psychology.