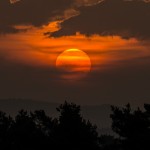 Given the progressive and disabling consequences of psychosis, the last 30 years has seen a gradual focus on early intervention (EI). As one of the fiercest proponents of EI services, Professor Patrick McGorry, put it: “a stitch in time…” (McGorry, 1998).

There is now a steadily-growing evidence base for the effectiveness of early intervention in psychosis (McGorry, 2015; Secher et al., 2014), alongside evidence of its cost effectiveness (Hastrup et al., 2013; McCrone et al., 2013). Despite this evidence, it has been argued that proper funding and implementation of EI services across difference countries is lacking (Addington et al., 2013).

A new technical report has just been published which examines the availability of EI services for psychosis across Europe (McDaid et al., 2016). 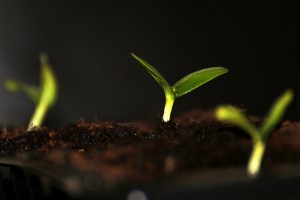 There is now a steadily-growing evidence base for the effectiveness of early intervention in psychosis.

The authors carried out a systematic search of all available literature relating to early intervention services, covering the time period between January 1 2004 and 31 August 2014. In addition to the major health databases such as Medline and Psychinfo, the search was expanded to include websites, YouTube clips and other video documentation.

According to the report, the most established network of EI services by far are located in England. In 2000 the government’s plan for implementation of EI services in the NHS stated that 50 services would be established. According to Rethink Mental Illness, there are more than 150 teams operating as of 2014, supporting roughly 10,000 people a year. According to NICE, “adults with a first episode of psychosis start treatment in early intervention in psychosis services within two weeks of referral”. This success is partly the consequence of strong support from non-governmental organisations, such as Rethink, and their efforts to engage with politicians, civil servants, clinicians, and the media in promoting early intervention.

This is not to say, however, that EI functions smoothly in England. Mental health budgets are under increasing pressure, with overall spending on adult mental health services declining since 2011. It is worth noting that even a decade ago when healthcare funding was increased, this extra spending didn’t necessarily go to EI services. According to data from 2004 to 2006, EI teams in the West Midlands found that keeping a minimum of 15 clients per keyworker was necessary to secure continued funding. This kind of funding pressure led some EI services to alter their criteria for access: one service lowered the upper age limit for eligibility, while others established waiting lists or supported service users for less than the recommended three years.

Denmark, another largely tax funded healthcare system, has the most well established EI services network outside the UK. Such systems reduce financial barriers to access for service users. Nonetheless, all countries across Europe face a similar challenge: a lack of mainstream secure funding. For example, services in Denmark, Germany and Spain must rely on funding from research or other short-term, fragmented sources.

Even where availability of services is good, EI has come under important economic strain. This is partly due to unprotected funding for EI services being diverted elsewhere. In some countries, such as France and England, the financial system does not safeguard funding for mental health. Clinical Commissioning Groups in the UK, for example, have considerable freedom in how much spending is devoted to mental health services. The report also concludes that existing mental health funding mechanisms and infrastructure in many eastern European countries make it difficult to implement EI services.

Another issue is that some mental health systems in Europe are less “mobile”, in that they rely heavily on hospital oriented services. For example, community services are rare in France. This creates a barrier for effective integration of EI services into the community where they are arguably most needed.

There was a gap in data regarding late age of onset of psychosis. While early onset is the norm, around 25% of all new cases emerge after the age of 40 (Howard et al., 2000). Most of the EI services in the report target people under 40. In fact, services in England target people no older than 35. The more important gap in the literature identified in the report was a need for studies of longer term effectiveness regarding service user outcomes and cost. These evaluations should also look beyond mental health to more wide ranging impacts of EI services on physical health and education. 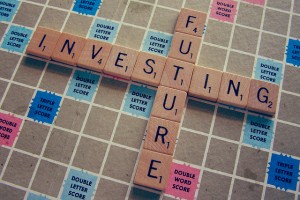 This report suggests there is an opportunity to rethink care pathway models for psychosis, putting a greater emphasis on investment in early intervention.

Based on the findings, the authors suggest ten actions to facilitate development and implementation of EI services going forward:

So on balance, the glass can be thought of as at least half full in some settings, with increasing capacity, knowledge and interest in EI services, but in others progress has been slow. Ultimately given the profound impacts of psychosis, and the benefits of early intervention, all stakeholders need to work creatively, within their own resource constraints, to improve outcomes for all. 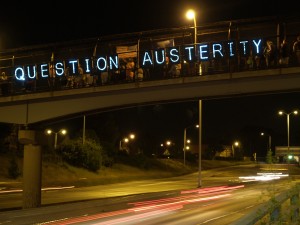 Should current financial pressures be seen as an opportunity to make a compelling case for investment in early intervention?

McDaid, D., Park, A.-L., Iemmi, V., Adelaja, B., & Knapp, M. (2016) Growth in the use of early intervention for psychosis services: an opportunity to promote recovery amid concerns on health care sustainability (PDF). The Personal Social Services Research Unit (PSSRU) at the London School of Economics and Political Science.