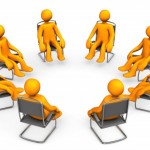 In 2009, ‘The Improving Access to Psychological Therapies’ (IAPT) programme  produced ‘Positive Practice Guidance’ on support to people with learning disabilities which reiterated the need to ensure that mental health problems were identified as early as possible, but pointed out that  barriers still existed  in relation to providing psychological therapies to people with learning disabilities.

There has been little evidence of reasonable adjustments being made to remove some of these barriers since the publication of that report. The author of this paper set describes a pilot project which was established to evaluate an anxiety management group. The group was co-facilitated by Least Intervention First Time (LIFT) Psychology and the local community team for people with learning disabilities (CTPLD).

The project worked with five people who attended a nine-week anxiety management group. The course followed by the group had been adapted to be suitable for adults with learning disabilities from an existing course offered by the LIFT service. Before the group ran, each of the participants completed a skills and knowledge assessment as well as completing the Glasgow Anxiety Scale (GAS-ID), a 27 item self rating scale. These assessments were also completed after the group had ended and at follow-up to evaluate outcomes.

The researchers were keen to identify if the approach taken in the modified course showed that the LIFT had made reasonable adjustments in delivering an effective service for the people with learning disabilities undergoing the programme.

What they found was that none of the five people who underwent the course showed any  significant reduction in their anxiety levels. They did however show improvements in their skills and knowledge. Of the adjustments made to enable the group to run, some were seen as feasible if the group were offered long-term, but others were not.

The authors conclude that the pilot project showed that making reasonable adjustments to psycho-educational groups within Improving Access to Psychological Therapies services to better meet the needs of people with learning disabilities is possible, but call for additional work to build on their findings.

Last reply was January 11, 2014
Try out our members features!