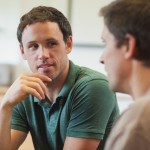 Depression is a worldwide mental health issue which the WHO estimates affects in excess of 350 million people. It varies in intensity from mild through to very severe and can be both chronic and acute. It is characterised by the presence of a number of symptoms (low mood, little interest and pleasure in doing things, sleep disturbances, lethargy, appetite disturbances, guilt and shame, troubles with concentration, suicidal and self-harming thoughts and behaviours). Depression not only impacts on the individual’s functioning and quality of life, it also has far reaching effects on health care costs, work place costs and social costs.

We elves have reported on the treatment and management of depression on countless occasions. It is well established that either psychotropic pharmaceutical treatment (especially the SSRI-type antidepressants) or talking therapy interventions (and often both) work best for the treatment of moderate to severe depression (see NICE 2009 and APA 2010).

A recently published randomised controlled trial carried out by an Italian group of researchers focused on the treatment of mild depression. As this is the most prevalent form of depression in any community and as it is mainly managed in primary care settings, the authors set out to compare the use of pharmacotherapy with the use of psychotherapy in a randomised controlled trial (RCT).

The authors elected to compare the use of SSRI’s (citalopram or sertraline) with psychotherapy (Interpersonal Counselling – IPC) in the management of depression in primary care settings. This immediately struck me as being an interesting approach. Both sertraline and citalopram are commonly prescribed to patients with moderate to severe depression as their efficacy has been widely reported. IPC however, is less well known and less well studied.

Interpersonal Psychotherapy (IPT) was developed over 40 years ago as a treatment for unipolar nonpsychotic depression. It assumes that depression develops in a social and interpersonal context and that depression can be treated by addressing the patient’s difficulties with their interpersonal relationships. IPT is a structured and time limited therapy (12-16 hour long sessions) conducted by trained, qualified specialist psychotherapists. It is approved by NICE as an evidenced-based treatment for moderate to severe depression.

IPC has been derived from IPT as a briefer (4-6 half hour sessions) which has been developed to be delivered by non-specialist primary health care workers (GPs, nurses, counsellors, etc). It retains many of the IPT strategies (see Judd 2004) and the four focal areas of IPT:

Early evidence suggests IPC has the potential as an effective treatment for mild depression in primary care settings, but in the UK it has not yet found its way into the national guidelines. I was most intrigued to learn if this current study supported the hypothesis that IPC could be effective in primary care management of depression. My interest was further stimulated by the fact that the authors looked not only at efficacy but also at factors which influenced efficacy; the so-called moderators of remission. Interpersonal counselling was designed to be delivered by GPs, nurses, counsellors and other non-specialist primary care staff.

The study was conducted in 9 centres and compared 143 patients treated with IPC to 144 patients treated with SSRIs. The primary outcome studied was remission of the depressive episode and they used the Hamilton Rating Scale for Depression (HAM-d) to determine symptom severity and monitor remission. Daily function of the patients was assessed using the Work and Social Adjustment Scale (W&SA). Logistic regression models were used to identify any moderators of treatment outcomes. All analyses were carried out using an intention-to-treat approach.

IPC was shown to be more effective at treating depression than SSRIs in this study, with nearly 59% of the IPC patient group achieving remission at 2 months compared to 45% of those treated with SSRIs (58.7% v. 45.1%, P=0.021).

The authors also used a personal favourite statistical test (it is simple!) known as the number-needed to treat. This calculates how many patients need to be treated to prevent one bad outcome. They calculated an NNT of 7.3, but take note of the wide confidence interval (95% CI: 4 to 46.5).

Patients with lower initial levels of depression (HAMD-d <18), with better initial functioning (W&SA <21), who didn’t display a comorbid anxiety disorder and who smoked were more likely to remit with IPC than SSRI.  Conversely those with higher depression scores, higher W&SA scores, who had comorbid anxiety and did not smoke, did better on SSRIs than with IPC. People in the interpersonal counselling group were more likely to remit if it was their first episode of depression.

I was a little disappointed by the authors somewhat bland conclusion:

We identified some patient characteristics predicting a differential outcome with pharmacological and psychological interventions. Should our results be confirmed in future studies, these characteristics will help clinicians to define criteria for first-line treatment of depression targeted to patients’ characteristics.

Far then from an unequivocal endorsement of Interpersonal Counselling for the management of (mild) depression in primary care settings, that we might have hoped for.  I guess it is time to look at the limitations of the study.

The authors identified a number of potential weaknesses of their study. These included questioning the possible variations in the delivery of the IPC at the 9 different sites. Although some efforts were made to limit this the authors didn’t make mention how the use of the standardised protocol (or manual) was monitored. I know that Myrna Weissman (personal communication) has developed a manual for the treatment of depression in primary care settings and if this was used with appropriate clinical supervision (not indicated in this study), counsellor variance can be minimised.

They also highlight the omission of patients who had experienced more than two depressive episodes in their study and acknowledge therefore that their findings are somewhat limited.

Perhaps most importantly they also caution that their moderator analyses “should be considered as exploratory”. This is because of the limited sample sizes they reported on for the moderator groupings. They suggest future research can learn from this by taking note to address this in their trial protocols.

We elves would add to this list of concerns with some of our own:

This is an interesting paper and one which suggests that IPC might well be of benefit to certain people experiencing mild depression who present in primary care.

Currently in the UK, the NICE guidelines lead to patients suffering mild-moderate depression being referred to IAPT services and these patients are then (usually) allocated to step 2 level interventions. In practice this usually sees patients receiving 4-6 half hour sessions of guided self-help, delivered by a qualified Psychological Well-being (PWP) practitioner. These interventions are currently based on CBT (mainly behavioural activation and cognitive restructuring) type strategies.

This current study suggests (to me at least) that IPC might be an effective alternative that the PWPs might be able to offer in support of the countless people who present to GPs suffering from mild-moderate depression. Sadly, for me, the last line is that more research is needed to fully validate IPC as a viable alternative to the current “guided self-help” offered in primary care settings to patients with mild-moderate depression.

Last reply was July 2, 2019
Try out our members features!