Home » Posts » Treatment » psychotherapy » How and why do psychotherapies improve social support? 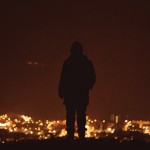 Depression is the most common mental illness. The much cited World Health Organization report warns that by 2020, depression will be the second leading cause of global disability (WHO, 2001). So you won’t be surprised to read that, in this blog, I am once again going to be looking at research that examines treatment options for adults with depression.

As an accredited and practicing Interpersonal Psychotherapist (IPT) working with people suffering from (recurrent) depression in primary care settings in England (I work for an IAPT provider), I was most excited to be asked to blog on a meta-analysis from the Pim Cuijpers’ “stable”. This study explores the role that extra-therapeutic social support plays in the psychological treatment of depression (Park et al, 2014).

In interpersonal psychotherapy, the clinician focuses on the treatment of  depressive symptoms in the context of the patients’ interpersonal relationships, with a strong emphasis of the impact of social interactions and support; encouraging healthy support and limiting negative interactions.

As this current meta-analysis looked at the impact of social support with a wide range of psychotherapeutic interventions, I was intrigued to learn how other therapeutic models might be influenced by considering social aspects on their efficacy (Declaration: I am approaching this from the question of would other therapies – such as CBT – match the social support based IPT in the treatment of depression?).

At the outset of this current study the authors build a strong argument for social support:

A compelling body of evidence has shown that social support decreases the risks for depression. 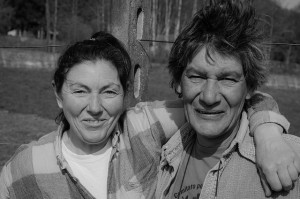 Few studies have measured the impact of psychosocial treatment on social support.

Back in 2008, Cuijpers’ research team put together a database of scientific literature on the psychotherapy of depression. Since then they have kept this database up to date and used it in a number of meta-analyses, many of which have been blogged about by us elves.

This time, lead author Mijung Park from the University of Pittsburgh collaborated with Cuijpers’ team to conduct a meta-analysis of randomised controlled trials (RCTs) of psychotherapy for depression that reported results for social support at post-treatment. They were testing two hypotheses:

They screened Cuijpers’ database based on two main inclusion criteria:

They excluded studies in which the effects of two or more psychotherapies were compared to each other and studies of inpatients and adolescents. Comorbid general medical or psychiatric disorders were not used as an exclusion criterion.

As one might expect from the Cuijpers’ “stable”, the meta-analysis carried out was both robust and of the highest quality (Hedge’s g, Cohen’s d, a test of homogeneity of effect sizes, several sensitivity analyses, subgroup analyses, Publication bias, and more).

The authors identified 11 studies that reported on data from >1,500 patients with depression, comparing treatment with psychotherapy to care-as-usual or waiting list controls. The majority of studies assessed the participants’ perceptions of social support (7 studies out of the 11 studies: 3 on postpartum depression; 4 on chronic disease).

However, the meta-regression analysis showed that

Sub-group analysis, showed that the effect sizes for counselling and IPT were greater compared to CBT (0.50, 0.47, and 0.37, respectively); these differences were not significant, and the 95 % CI range was wide.

The authors did not find publication bias (Egger’s test p>0.1) and found scant evidence for heterogeneity within the studies included. 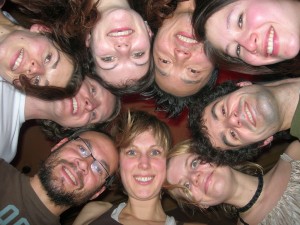 This study found that improvements in depression are associated with better social support, but this result was not statistically significant.

We found not only that psychological depression treatment has positive effects on social support, but also that such effects were not significantly associated with improvements of depressive symptoms.

So, what does this all say about social support and depression? Well, now we know with perhaps more certainty, that psychotherapy can positively impact on social support. But, this really excellently conducted study left me gnawing on the timeless post-study conclusions of “more research” and “more structured studies” required to prove what for most practitioners feels to be an intuitive hypothesis.

When people become depressed they have a tendency to withdraw into themselves, which can lead to relationship difficulties, leaving depressed people feeling unsupported and more and more stuck and more depressed, isolating even more….. Surely, improving social support of depressed people is one of the keys to reducing the symptoms of depression? Is the undoubted success of interpersonal psychotherapy not based on this very fact? And yes, I know I am biased, but IPT is structured and focused on social support in the treatment of depression and few other therapies are as specific in this.

I cannot really fault this study in terms of effort; once again this research is well constructed and has managed to extract as much hard evidence as is humanly possible, from what is a limited pool of data.

Having a clear and structured definition of social support and how we measure it, seems far more poignant to me than the strengths and limitations of this current study!

If we are to prevent depression becoming more of a personal, social and economic burden before the end of this decade, surely we need to be investing in structured social support as well as in therapy? In the 21st Century people are becoming more and more socially isolated from real support from humans by the technology that purports to provide us with an endless supply of “friends” and “likes”. I wonder if this trend was underestimated when the WHO put together its forecast? 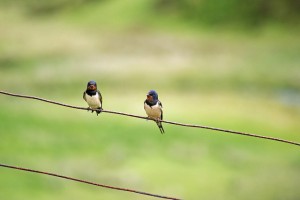 Psychotherapy has a small but consistent effect on social support, when compared to care-as-usual or waiting list.