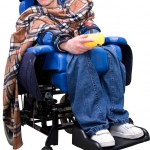 Intrathecal Baclofen Therapy (IBT) is used in the management of severe spasticity in the body which cannot be adequately treated by oral means. The treatment is administered through an implantable infusion system, introduced into the space under the arachnoid membrane of the brain or spinal cord.

This study set out to explore the impact of the administration of this therapy to children with cerebral palsy with spasticity and dystonia in the Royal Children’s Hospital in Melbourne, Australia.

The researchers studied the records of children who had received, or were in the process of receiving ITB from 1999 until August 2005. The team were looking in particular for complications and side effects. In addition to studying the clinical records, they used a questionnaire to get the views of parents on the health and functional impact on the children involved.

From the records, they discovered 18 first insertions of pumps, 6 removals, and 4 reinsertions in the period studied. They found that the longest treatment lasted 5 years and 11 months and in fact was still ongoing at the time of the study. They found 17 complications in 14 of 18 children.

Interestingly, despite the high rate of complications and the apparent lack of significant functional improvement, 11 out of 12 parents who responded to the questionnaire said that the therapy was beneficial.

The authors concluded that ITB treatment at the Melbourne hospital had resulted in some complications, most of which occurred shortly after the insertion of the pump, but that for the majority of children there were substantial benefits.