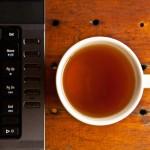 According to the World Health Organisation (WHO), alcohol misuse ranks within the top ten health conditions with the highest burden of disease. The prevalence of hazardous and harmful drinking in the UK is approximately 7.6 million people. The health implications of such drinking patterns can be severe and there is increased risk of progression to dependence if not treated.

Research suggests that the majority of hazardous drinkers would like support to reduce their drinking, however they would prefer help outside of conventional health-care settings. Furthermore, these individuals are unlikely to engage with abstinence-based treatments and thus controlled drinking is a more realistic goal. Individuals often remain hidden to conventional treatments because of these factors. However, internet self-help interventions appear to be a promising strategy in overcoming this treatment gap.

Studies of web-based interventions suggest they reach first time help seekers, and are taken up much more readily than low-intensity face-to-face interventions. Most of these interventions are unguided and delivered as standalone procedures in the community. A previous meta-analysis focusing on these unguided interventions reported significant reductions in alcohol consumption, compared to control groups (Riper et al, 2011).

Recently there has been increased research into these unguided internet-based interventions, but also interventions that are therapist-led (guided). As a result, a meta-analysis published in PLoS ONE set out to examine the effectiveness of both guided and unguided low-intensity internet interventions for adult alcohol misuse (Riper et al, 2014). The authors conducted a literature search in bibliographic databases up until September 2013. In order to be included in the analysis, studies had to compare a web-based intervention with a control group (e.g. a waitlist or alcohol information brochure) and include a low-intensity self-help intervention that could be performed on a computer or mobile phone, with or without professional guidance. Studies also had to include drinkers who exceeded guidelines for low-risk drinking and include an assessment of drinking behaviour as a primary outcome measure.

The authors identified 16 studies (containing 23 comparisons) for their meta-analysis. The studies included 5,612 participants (3,268 in intervention and 2,344 in control / comparison conditions). This allowed the authors to detect the small effect size which they were expecting.  All studies included were published fairly recently, between 2006 and 2013.

On average, the guided or unguided intervention group members drank about a pint of beer or glass of wine less per week

Although the pooled effect of the interventions was small, the authors suggest that:

The public health impact could be substantial if large numbers of people who misuse alcohol were to take part in these interventions.

Whilst these results seem promising, it is worth noting that the reduction of 22 grams of alcohol is lower than that of face-to-face interventions in primary care, and also lower than a previous meta-analysis focusing on unguided interventions only (Kaner, et al, 2007).

The findings of this study should be interpreted with some caution, as there are some limitations:

Future research in this area should focus on longer follow-ups to assess the maintenance of intervention effects, and also direct comparisons between guided and unguided interventions.

To conclude, low-intensity internet-based self-help interventions may be beneficial in reducing alcohol use and these interventions may provide a cost effective way of bridging the treatment gap in hazardous drinkers. Future studies need to follow-up people for longer and compare the differences between guided and unguided interventions.