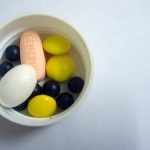 ‘As required’ or ‘Pro re nata’ (PRN) medications are probably the most widely used intervention in mental health wards (Baker et al, 2008a). Most service users will receive extra medication during an inpatient admission. These are most likely to be given in the early days of an admission, although there is a sub-group who will have lots of extra medication throughout their admission, and it is most likely that the drugs given will be Lorazepam (a benzodiazepine), Haloperidol or Olanzapine (antipsychotics), or sleeping tablets (e.g. Zopiclone).

For some service users, access to PRN medication is a helpful way to manage distress or feelings of agitation, and of all coercive interventions used on wards PRN is one if the least restrictive, and has higher approval rating by service users. However, it is not without its problems. There is widespread concern that PRN can be abused by staff and service users (Baker et al, 2008a), and its long term use (particularly of benzodiazepines) can lead to dependency. Given the widespread use of PRN medications (millions of doses are administered every year) having a robust understanding of which drugs work best for whom is key. 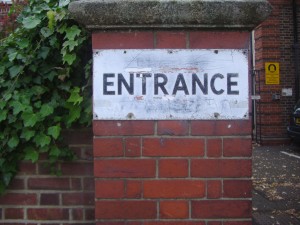 As required or PRN medication is extra medication given during an inpatient admission.

This was an update of several previous systematic reviews by the same group, which looked for any randomised controlled trials in this area. The literature search used a strategy developed in 2013 for the previous review. Searches of MEDLINE, EMBASE, AMED, BIOSIS, CINAHL, PsycINFO, PubMed and registries of clinical trials via the Cochrane Schizophrenia Group’s Trials Register, as well as grey literature was conducted. No language, date, document type or publication status limitations were applied.

Although the practice of using medication ‘as required’ is common, there is currently no good evidence as to whether this is the best way of helping people when compared to them being given a regular dose of the same medication.

Forcing an unevaluated healthcare intervention on a person is ethically dubious [our bolding]. However, discussing the nature, purpose and likely effects of the ‘as required’ medication, where possible, would allow the recipient to make an informed decision. Clinical experience counts for much when treating mental illness, but the lack of data on the benefits of ‘as required’ regimens over regular regimens means that the recipient’s choice of regimen is an important consideration. 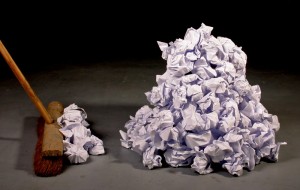 The reviewers found no evidence to support the use of PRN medication.

Given that this is the fifth time this review has been run in recent years, it is not surprising that substantial new evidence has not emerged. However, it’s frustrating that a clinical intervention which is so widely used in inpatient mental health settings is not subjected to more research or rigorous evaluation. There seems to be a disconnect between the repeated undertaking of reviews, which identify a significant gap in our knowledge, and subsequent prioritisation or investment in research. Although it is not uncommon within acute mental health settings for clinicians to operate without a perceived evidence base, indeed very few interventions currently being used by mental health nurses and the broader MDT have been rigorously evaluated.

The synthesis of non randomised trial evidence would if nothing else enhance our clinical understanding of this complex clinical intervention, and this is promised for a later revision by the authors of this review. However, it remains clear that most researchers are reluctant to conduct research in the area of acute mental health. In my own experience acute mental health environments are often chaotic places to be, with staff and service users frequently moving between wards. Ethics committee often question the capacity of service users to consent to take part in research, and the nature of the disorders often makes engagement in research difficult.

Anecdotal evidence suggests that access to PRN may complicate the clinical picture, on occasions leading to dependency associated with benzodiazepines. Benzodiazepines themselves are generally considered a safe medication in the short term. However, they can cause people to act in a more disinhibited manner causing further behavioural disturbances. PRN is potentially a trigger point to more coercive interventions, particularly when requests for extra medication are denied by staff or service users choose not to accept them. This often leads to forced medication, restraint or seclusion (Bowers et al, 2012).

Adding additional antipsychotic medications to regular ones, undoubtedly leads to polypharmacy (more than one antipsychotic prescribed at a time), and doses of antipsychotics that are higher than recommended, both of which have risks associated with them. 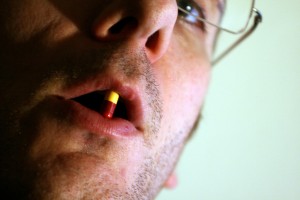 PRN medication is one of many clinical interventions that are widely practiced without the backing of reliable research.

Trials that clearly evaluate the effectiveness of PRN medications are urgently needed. My own research has identified some principles of good practice associated with prescribing and administering PRN medication, which emerged from a synthesis of the evidence, combined with the views of service users and clinicians (Baker et al, 2008b).

Embedding these into practice is possible. 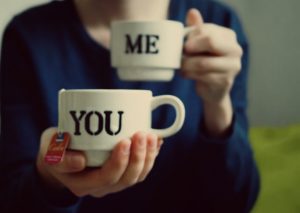 How are PRN medications used in your local hospital? Please share you experiences in the comments below.