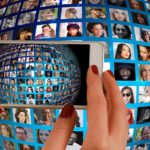 Note: today’s blog is very much a group effort. It’s been written by a group of people who participated in the PenCLAHRC Creative Communications Seminar series where I led a workshop yesterday introducing them to blogging and social media. We critically appraised this study together and look forward to hearing your feedback. Thanks to everyone who joined in yesterday and especially to Rebecca Whear for making it happen.

Isn’t it amazing how social media can produce such polarised viewpoints? From the people who post to sites like Twitter and Facebook, but also from the mainstream media who like to demonise these digital platforms as the cause of untold evil, and also sometimes as the tool that can bring about welcome revolution. Of course the reality is that social media can be used for both bad and good; a tool to bully and abuse, but also a life-saving support system for the vulnerable.

The explosion of social media in recent years has been accompanied by a huge increase in interest from the research community to use the big data sets created to learn about us; in terms of how we behave and what we like (often for commercial purposes), but also in terms of our health and wellbeing.

Social media research has been conducted on influenza outbreaks, adverse drug reactions and many topics relevant to mental health, e.g. suicide patterns in the US. The technology can do amazing things to support research work, but are the ethics of this research able to keep up? What are the ethical implications of doing research online? Are they different from the offline face-to-face world?

A new systematic review by Su Golder and colleagues in York, Manchester and Sheffield (Golder et al, 2017) brings together studies using “any qualitative methods to collect data on attitudes on the ethical implications of research using social media”. This almost feels like a scoping review that sets the scene in this field and potentially leads to more focused research on specific populations, health conditions and technology. 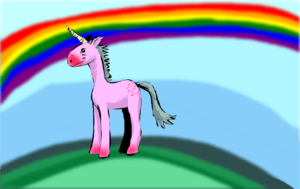 In a review this broad, views are always likely to range from “Big Brother is watching me” to “It’s all lovely rainbow unicorns” and everything in between!

This qualitative systematic review had a very broad focus; looking not just at health studies but for any research using social media. They excluded discussion papers, research on individual “look-ups” (e.g. health professionals looking for information on patients), and research on individual privacy or security issues such as cyberbullying or child protection.

The reviewers conducted what looks like a really comprehensive literature search, including 16 databases and 2 Internet search engines, plus the usual ‘belt and braces’ methods you would expect from a systematic review that’s setting out to find absolutely everything on the subject (e.g. hand-searching, reference checking, citation searching, and contacting authors and experts to root out grey or unpublished literature).

Studies were selected for inclusion by two researchers working independently, with disagreement resolved by consensus and also involving a third researcher where necessary.

The quality of the included studies was assessed with the QuaRT (Quality of Reporting Tool) but “no quality threshold was implemented” and no papers were excluded from the analysis because they were of low quality. The findings were analysed using an inductive thematic synthesis, which essentially means that they coded the themes they found without using an existing coding framework. The final review included 17 studies in total (published 2001-2016); only 5 of which were about health-related social media research.

A wide range of views and huge heterogeneity across studies

Strong agreement about research for the greater good

Who’s researching me and how are they doing it?

Anyone interested in more detailed results can view table 1 in the open access paper, which lists the key ethical considerations raised in each of the included studies. 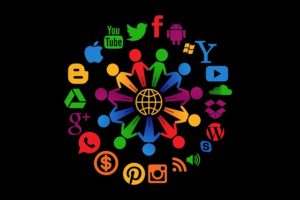 This review contained a very wide range of views, but most people agreed that social media research “for the good of society” was justified.

Many conflicting issues contribute to the complexity of good ethical practice in social media research. However, this should not deter researchers from conducting social media research. Each Internet research project requires an individual assessment of its own ethical issues. Guidelines on ethical conduct should be based on current evidence and standardized to avoid discrepancies between, and duplication across, different institutions, taking into consideration different jurisdictions.

This broad review is a starting point in this field on which we can build. Follow up work which more focused questions is now needed.

This review used an inductive thematic synthesis (with description analysis) to extract and organise the data from the included 17 studies. An alternative qualitative method would be a framework approach, using an existing coding framework to extract and synthesise the findings. The reviewers justify their choice by saying that the closest framework they could find was unsuitable as it was limited to Twitter (Conway, 2014). You can see a summary of coding framework developed for this review in table 2 of the open access paper.

So with such a breadth of views represented in this review, where does this leave researchers looking to conduct research on social media?

Researchers need support from experts in order to conduct more specific work in this field. The expertise of social media users and other experienced social media researchers should certainly be harnessed to steer further work. It would be great to hear from any researchers who have done work in the social media field to learn more about how they have approached the ethical side of their work.

For us, a key question we took away from our afternoon of blogging was, if social media research is possible and can answer questions reliably and efficiently, is it actually unethical not to do it if we can? 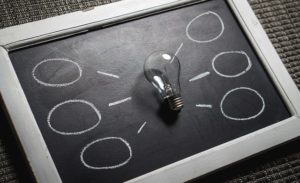 Is it unethical not to do social media research, when we can learn from it?