Home » Posts » Treatment » complementary and alternative » Floatation tanks: are they worth their salt? 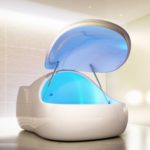 For some, the idea of spending an hour in a tank void of sound, light, or a sense of orientation sounds more like torture than a therapeutic intervention, but that is exactly what alternative practitioners claim is a good environment to alleviate your anxiety and get in some deep introspection.

I spent a bit of time over the last few weeks exploring the experience first-hand over three sessions at Floatworks to try and understand why proponents of the tank get behind it so much.

But regardless of my experiences (that I’ll get into in a bit), I’m still only a sample size of one, so how does my experience match up to the evidence, and can this alternative therapy be offered as a solution to anxiety and depression?

The story of consumer sensory deprivation starts in 1954 with a neurologist named John C Lilly. Dr Lilly wanted to experiment with different states of consciousness and thought that sensory isolation was a good way to get there. Using heavily salted water and a lightless, soundless chamber, Lilly created an environment without any external stimulation in the hope that insight may come forth from his consciousness.

In his later life, John had some more cosmic beliefs, creating quite a culture around the float-tank experience. His mythology around the use of the tanks has led to the scientific community to be sceptical of its primary therapeutic mechanisms. 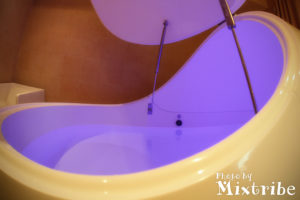 My personal experience of floatation tanks before arriving was without much expectation. I had heard about the experience in passing from podcasts, and also mainly read about the effects of sensory deprivation from a few scientific articles, but I was fairly sceptical.

Upon entering the store, you’re captured by colourful animated mandalas pulsating on screens, and chakra themed tea is sold in the waiting room. There was definitely a direction the purveyors were trying to steer my experience.

The room itself is basically a big shower room with the pod inside; purple and blue light bathes the room, and generally the atmosphere felt quite pleasant and relaxing.

When you feel ready you climb inside and get into the water, after putting in your earplugs, and gently shut the lid above you. I turned the light off inside the pod as was recommended (but not mandatory), and floated on my back listening to the intro music which gently fades into silence after about 5 minutes. The salt water keeps you completely stable while you float in the pitch black for an hour.

I started off by focusing on my breath after the music had faded, and quickly noticed that the resistance to move my arms and legs went up dramatically after about 15 minutes (although time perception goes out the window).

This was definitely pleasant and relaxing, although I have to say that no visuals or deep insights came to me in that particular session, bar a few rogue phosphenes that danced around in the dark.

After the hour you go up to a ‘chill out’ room one floor up where the chakra-teas and books about floating await you, with the staple beanbags and bamboo-style coffee table.

This is when the effects of sensory isolation became apparent.

For about 10-minutes of being out, I noticed that the sounds of cars driving by outside had become fascinating. I couldn’t quite get over how strange it was that I could hear sounds but couldn’t see them; the fact that sound existed in the room without any visual representation to ‘glue’ it to was really weird but mesmerising.

I felt like all sensory perceptions were being experienced in an isolated way without being integrated together.

It was like waking from a deep sleep, and my brain hadn’t quite woken up to communicate and piece together information, so I was left with an awareness of my brain processing things independently; like an observer on a balcony watching different streams of traffic going to different locations, but never crossing paths.

As this wore off, my mind began to turn in on itself and wonder what exactly was going on to uncouple the sensations.

Essentially, the sessions that followed the first were much of the same, although nothing I would call mystical, only lasting a little longer than the first each time and always dissipating after 30 minutes max.

Although I appreciated this experience, I can imagine for some that this cognitive decoupling might be quite unpleasant, even with the relaxing ‘spa-like’ atmosphere.

My main reflection on the experience is clouded by my background; I am a relatively non-anxious individual (being on the underground and supporting Spurs doesn’t count), unusual experience is my area of scientific interest, and I have good psychological support. All of these things possibly contributed to how I reacted to the experience or what I expected from it.

But when it comes to this as a viable clinical treatment, how much can we actually rely upon my experience translating to therapeutic value, and does it have a significant effect on others? 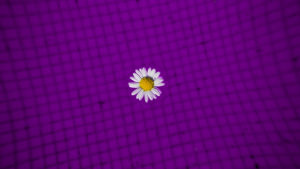 I felt like all sensory perceptions were being experienced in an isolated way without being integrated together.

Most of the studies looking at the efficacy of floating have involved the department of psychology at Karlstad University in Sweden, run by or involving Dr Annette Kjellgren.

Two of the studies recruited participants with a diagnosis by a GP of chronic muscular pain, one study recruited healthy participants from three different companies and aimed to observe the difference in measures of anxiety, depression, mindfulness, and sleep quality pre and post intervention, and another recruited volunteers from an advert in the paper and out-patient psychiatric participants with generalised anxiety disorder.

Interestingly, both clinical and ‘non-clinical’ groups were combined before randomisation and no statistical tests were conducted to tell if there was a difference between anxiety scores before combination.

Even though it’s a little formal, I thought a table might sum all of the studies:

Are the studies valid?

The studies differ in their target population between studies, with healthy participants, those with chronic pain, and those with generalised anxiety disorder.

Only two studies mention randomisation, and these are non-blinded (but in this intervention, this is to be expected).

11 participants in total between two studies are reported not to have made it to the analysis, but the reasons are not described.

It seems that floatation tanks are mostly in the same field as mindfulness in that they have been studied clinically for people with anxiety, depression, and chronic pain.

All studies reported that anxiety, depression, and severe pain decreased significantly in the experimental group compared to the control, however in the latest randomised trial (the only study with follow on data), depression score decreases were not sustained at 6 months.

Will the results help locally?

While the results show significant changes to anxiety, depression, and chronic pain, I think they need to be taken with a pinch of salt.

All participants were referred to the researchers via clinicians, or applied themselves, and this poses quite a large selection bias in terms of who might be predisposed to benefit from this treatment, and also means that individuals with very severe symptoms may not have been included.

It’s also quite difficult to parse away the effect of simply being allowed time to relax in water from the actual experience of sensory deprivation.

When I was floating in the tank, the time I had to myself was quite enjoyable, and I wonder to what extent individuals in these studies were simply enjoying the ‘spa-like’ time they now had for themselves. We know nothing generally of participants social-economic background, and it could be that simply being removed from the general stress of everyday life and being allowed to just have a pleasant float was enough to produce the post-test reduction in anxiety and depression which brings into question the causal mechanism.

Finally, I think this intervention should be considered in light of the other options for treatment, and that most participants across studies were also on medication, receiving psychotherapy, or had other treatments e.g. physiotherapy.

So, do the practical challenges of the size and costs of flotation outweigh the rewards for anxiety, depression, and pain management?

Would I recommend trying it? Sure – there’s an interesting experience to be had.

Does the evidence suggest it as an effective treatment for anxiety and depression? The jury’s still out.

I was offered 3 free sessions if I wrote about float-tanking, but Floatworks haven’t seen this article before publishing or have had any hand in its creation. 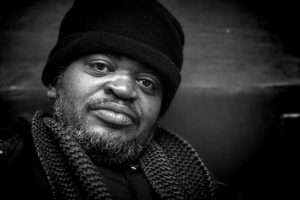 There is currently no evidence to suggest that floatation tanks are a safe and effective treatment for anxiety or depression.

Last reply was August 21, 2020
Try out our members features!