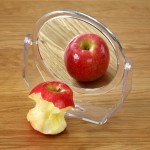 Bulimia nervosa (BN) is an eating disorder; the diagnosis of which requires: persistent preoccupation with eating and an irresistible craving for food, episodes of overeating in which large amounts of food are consumed over a short period of time and potentially attempts to counteract the “fattening” effects of food by self-induced vomiting or laxative abuse.

Additionally people with BN may alternate binging with periods of starvation, appetite suppressing or thyroid medications among others. Generally speaking this appears to be due to a morbid dread of fatness whereby the patient sets themselves a weight threshold well below their healthy weight (WHO, 2007). Prevalence estimates for the illness range from 1.1 to 4.2% with females accounting for 85–90% of individuals with BN (Wentz, 2009).

Fortunately a number of treatments for BN have been developed. These primarily include talking and drug therapies. Unfortunately eating disorders are often difficult to treat and as such are associated with high health care costs. As health care costs grow generally, the pressure to examine the cost-effectiveness of any intervention also increases. The aim of the study in question was to examine the cost effectiveness of stepped care (SC) as opposed to cognitive behavioural therapy (CBT) for the treatment of BN. SC in this case refers to a series of interventions increasing in intensity and expense, applied as the clinical need arises. CBT refers to an intensive psychological talking therapy.

Participants in the study were 293 women diagnosed with BN of the purging or non-purging type as defined by the Diagnostic and Statistical Manual IV. They were randomly assigned to receive CBT (147 patients, average age: 29.5 years) or stepped care (146 patients, average age: 29.8 years), both with the addition of an antidepressant as necessary.  Participants were followed for 1 year after the conclusion of their treatment.

The FSOQ was used as an indirect measure of time costs associated with having a relative with BN. Abstinence from binge eating has been considered the most desirable goal in the clinical treatment of BN and as such was used as one of the most important outcome measures in this study.

For the main cost-effectiveness analysis, direct medical costs were used. Societal costs are obviously of great importance to providers, patients and their families but could not be looked at in this instance due to a lack of accurate measures. It was also felt that as this study was based in the United States of America (USA), the direct costs of an intervention are the costs most likely to be considered by a third-party payer when evaluating an intervention. A total of 28% of participants agreed to have a family member or significant other complete the FSOQ. This found that time taken up with the participant’s BN decreased substantially over the first 18 weeks of treatment. Stepped care was cheaper and more effective than CBT

The sample size for this study was of a reasonable size and the intensity and quality of clinical effectiveness measures were adequate. Participants were included from across four treatment centres and nationwide standard costs were used for analysis to allow for greater generalisability (at least in the USA) of results.

A longer follow-up period for patients would have provided a more useful picture of treatment effectiveness and of costs. As discussed, while some effort was made to look at the time costs of having bulimia nervosa, most other societal costs were not examined.