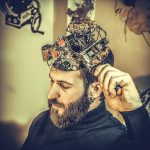 Cognitive Behavioural Therapy for Psychosis (CBTp) has negligible effects on psychotic symptoms in randomised controlled trials where raters are ‘blind’ (or masked) to what treatment the participants are receiving (Jauhar et al, 2014).

In the original study, Kumari et al, (2011) compared 22 people diagnosed with schizophrenia before and after they had received 16 sessions of CBTp with 16 patients who had received treatment-as-usual (TAU). All underwent Functional MRI (fMRI) while simply deciding if faces expressing fear, anger, happy or neutral expressions were male or female. Scanning revealed altered activation in several brain areas including the amygdala when viewing angry expressions and crucially, this activity correlated with symptom improvement following CBT. Such findings have been used to support the notion that CBTp changes brain activity, although of course, almost everything we do changes brain activity…including reading this sentence.

This latest study by Mason et al (2017) claims that the functional brain changes following 16 sessions of CBTp predict recovery in schizophrenia up to 8 years later – a bold assertion. 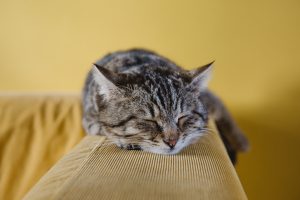 Almost everything we do changes brain activity, even looking at this picture of a kitten.

Although the abstract mentions 22 participants, (from the original Kumari et al study in 2011) the data are from 15 of their original patients diagnosed with ‘paranoid schizophrenia’, who were followed up 7-9 years later.

Data collected from the TAU control group from the earlier studies were not included in the analyses here; a serious weakness.

Electronic case notes were reviewed and monthly symptom levels recorded and then participants allocated to full/partial or no remission outcomes. The ratings were made by the paper’s first author and so, ratings were obviously made knowing that patients had received CBT. This underscores not only the issue of blind assessment (which is known to be a major uncontrolled inflator of the effects of apparent therapeutic success in CBTp research: Jauhar et al 2014), but again the necessity of having a control group; both for ratings and imaging data.

Participants themselves completed the Questionnaire about the Process of Recovery (QPR,31) measuring domains such as hope or empowerment; so, again unblinded (self)assessment. An fMRI was performed including assessment of regional brain activity during tasks measuring reactions to angry and happy faces as well as connectivity between regions of interest.

Multiple statistical tests were used; one-tailed (which increases the chance of finding a significant result) and given the small number of participants it is unclear if this was sufficiently considered when checking if these results were significant. A Bonferroni correction was said to be applied, which may mitigate this concern. It is unclear if the proposed analysis was pre-registered before the data was analysed, which would reduce concerns that “fishing” for positive results took place.

Many tests were performed and only a few appeared to be statistically significant:

The authors’ three key results above are interpreted as positive; however none actually reach conventional levels of acceptable statistical significance (where p <=0.05; but are p=0.06 both in 1) and in 2); and p=.052 in 3, although the latter is reported as p=.05). Leaving aside debates about the use of the terms ‘marginally significant’ or ‘approaching significance’, all three results are nonsignificant.

Furthermore, some of the presented results are clearly driven by the influence of outlying data from single individuals. For example, the third claim that increased dorsolateral prefrontal cortex (DLPFC); amygdala connectivity is associated with higher levels of subjective recovery. In this example, one person scores abnormally highly on the change in amygdala-DLPFC connectivity (see Figure 2 in the paper).

The same is true for the claimed increase in connectivity between dorsolateral prefrontal cortex (DLPFC) and postcentral gyrus when processing prosocial facial affect predicted reduced levels of positive psychotic symptoms, where one individual is clearly an outlier.

It is clear that with such a small sample the authors have not attended to the presence of obvious extreme outlying data points from single individuals (indeed, reanalysis of the data [albeit imperfect after extracting data-points from the scatterplots] removing the outliers indicates that the data are uncorrelated). 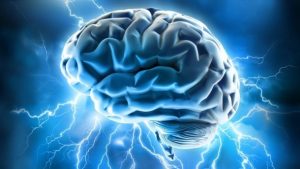 Most press coverage of this study repeated the unsubstantiated claims in the press release. 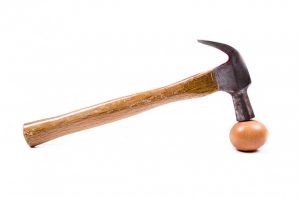 Small sample, no control, insufficient data, lack of repeated assessment: this study has a significant number of weaknesses.

What does it all mean?

This study seems to have generated some media buzz with the one of the authors making bullish assertions about CBTp. It is difficult however to see what the fuss is about. How do we know if any changes over the time are even due to CBTp received 8 years earlier or the result of medication, or changes associated with age or indeed changes caused by anything else? Unfortunately, the study lacks the key ingredient of a control group; either healthy controls or participants with psychosis who received “treatment as usual”.

The study raises many questions that perhaps eluded the reviewers:

The lack of data on what happens during the 8 year period creates a chasm in any causal chain back to CBTp, what happened in the person’s lives, did they form close social bonds with others that changed how they reacted to people or did they take regular medication that helped?

In one sense it’s trivially true that everything we do changes brain function and unfortunately this study does not allow us to either rule CBT in or everything else out. 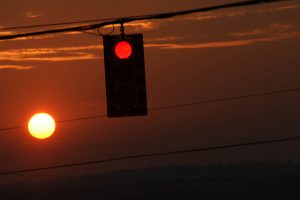 This study adds little to our knowledge about the safety and efficacy of CBT for psychosis.