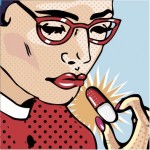 This systematic review conducted by researchers from the Federal University of Rio de Janeiro in Brazil, aimed to assess the effectiveness of different second generation antidepressants in the treatment of social anxiety disorder.

27 studies were included in the meta-analysis and 10 different antidepressants were covered by the trials.

Here are the results of the review:

Second-generation antidepressants are efficacious treatment for patients with social anxiety disorder. However, our results do not suggest differences of efficacy among different drugs.