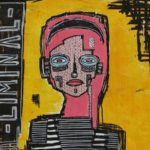 I had to look up ‘liminal’ when I first read it about 10 years ago, but it is a rather useful word. According to the Oxford English Dictionary, it means either the “lowest amount necessary to produce a particular effect; minimal; insignificant”, or “characterised by being on a boundary or threshold, especially by being transitional or intermediate between two states, situations, etc.” It is this second meaning which is explored in the study by Fisher and colleageus (2018), which I am considering in this blog, about the experiences of parents and Home-Start volunteers

Home-Start is a family support charity where “volunteers help families with young children deal with the challenges they face… [who] support parents as they learn to cope, improve their confidence and build better lives for their children” (Home-Start 2018).

Home-Start began in Leicester in 1973. It was founded by Margaret Harrison, a full-time parent who did not have a background in social work or social care. She began volunteering with children’s homes, mother and toddler groups, and child guidance clinics. (Even the titles of these services illustrate how much has changed.) In 2013, she recalled that many of the parents she met were involved with social workers and other statutory agencies:

What I learned was that what they longed for most was to have a friend – another parent who would understand them and, in an informal way, would help them feel more confident as parents. (Home-Start 2015)

Harrison’s idea that parents could help other parents crystallised when she was awarded a Winston Churchill fellowship to study family support in the United States. She returned to England and applied successfully for a grant to establish the first Home-Start scheme (The Guardian 2015). From these beginnings, Home-Start has spread to 22 countries. There are now 215 local independent schemes in the United Kingdom alone, amounting to 13,500 volunteers supporting around 28,000 families and 60,000 children (Home-Start 2018).

Parenting support has become a key policy area for successive governments across all four constituent countries of the United Kingdom and other governments across the Global North. This is reflected in an expanding evidence base (for example, Holt 2010, Lewis 2011, Moran and Ghate 2005). In the context of Fisher and colleagues’ study, the results from a longitudinal study undertaken in The Netherlands (Hermanns et al. 2013) are especially relevant. This compared a:

In England, austerity measures have meant that local councils have increasingly moved to focus on statutory and high-risk families, reducing funding for preventative work with parents. Furthermore, the biggest cuts have taken place in the poorest areas (Tinson et al. 2018). This forms the backdrop for Fisher and colleagues’ research which took place in a city in the north of England. 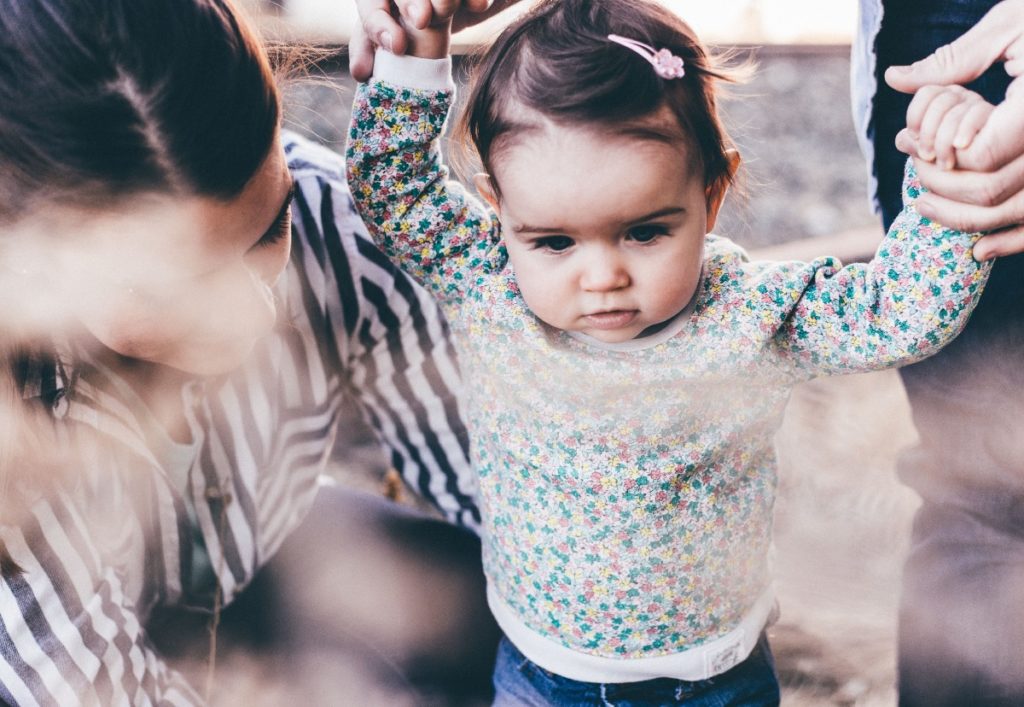 Home-Start is a family support charity where volunteers support parents as they learn to cope, improve their confidence and build better lives for their children.

The study drew on a critical realist perspective (Bhaskar 2013), where the primary objective is not to predict or to interpret, but to explain. Advocates of this approach argue that it occupies the middle ground between positivism and interpretivism. The researchers selected a purposive sample (a non-probability sample selected on the basis of characteristics of a population and the objectives of the study) of eight parents and four volunteers. All participants were women. The mothers were interviewed in their own homes while volunteers took part in a focus group in the local Home- Start offices. The volunteers were all White British and ranged in age from 22 to 75. The mothers consisted of three White British and three Asian woman, one African woman, and one White European. None of the participants were new parents and their number of children ranged from 2 to 5. Transcripts from the interviews and focus groups were read by all researchers and coded into themes.

Liminality emerged as an important component of participants’ experiences. For instance, the mothers spoke of being referred to Home-Start while they were on the threshold of ‘coping’ and ‘not coping’. Another boundary they experienced was in how they felt about themselves in comparison with other parents whom they viewed as ‘coping’. A further aspect of their ‘in-between’ status was their social connectedness. For some, the role of the Home-Start volunteer was especially important in the absence of supportive family or friends who lived locally. Some mothers were referred to Home-Start because of social isolation (among other reasons), and some mothers reported feelings of isolation in the interviews.  As time went on, volunteers helped participants establish new social connections.

For the volunteers, too, liminality was something with which they were familiar. Their role was different from that of a professional, but neither were they a friend. Interestingly for me, the volunteers’ role remained that of a volunteer – albeit a much appreciated one. By contrast, other research has shown that both volunteers and people using befriending services often describe their relationship evolving into friendship (Moriarty and Manthorpe 2017).

A final example of liminality was the uncertainty expressed by both volunteers and parents about when their relationship would end. While Home-Start generally supported parents for one or two years, it was not always clear how the service would be tapered and withdrawn and the mothers did not want to lose their support. 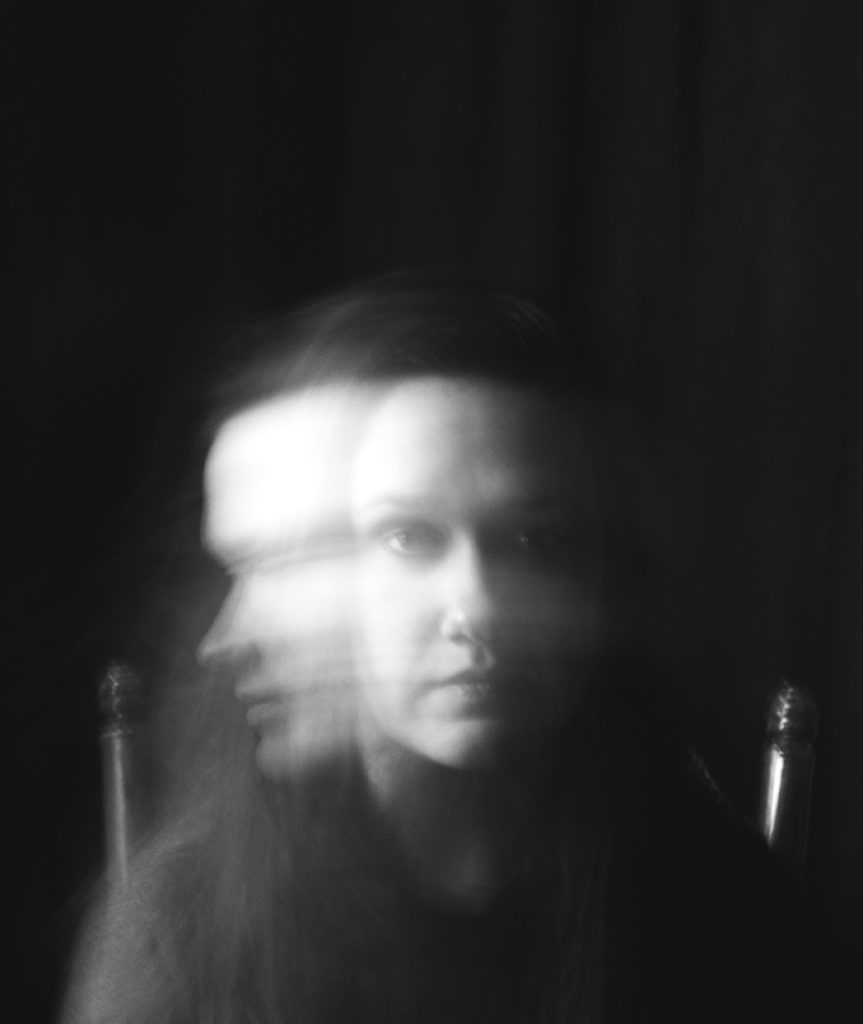 Liminality emerged as an important component of participants’ experiences. Mothers spoke of being referred to Home-Start while they were on the threshold of ‘coping’ and ‘not coping’. Volunteers were neither a professional, nor a friend.

Liminality is a useful framework for examining the provision of family support and increasing our understanding of the role of volunteers working in health and social care. In Fisher and colleagues’ study, it worked in both positive and negative ways. From the positive perspective, liminality helped parents recognise the circumstances in which they needed additional support. Volunteers, as people who were neither professionals nor friends, helped parents with day-to-day aspects of parenting and improving their social networks. From the negative perspective, parents and volunteers were often uncertain about how the end of Home-Start support would be negotiated. 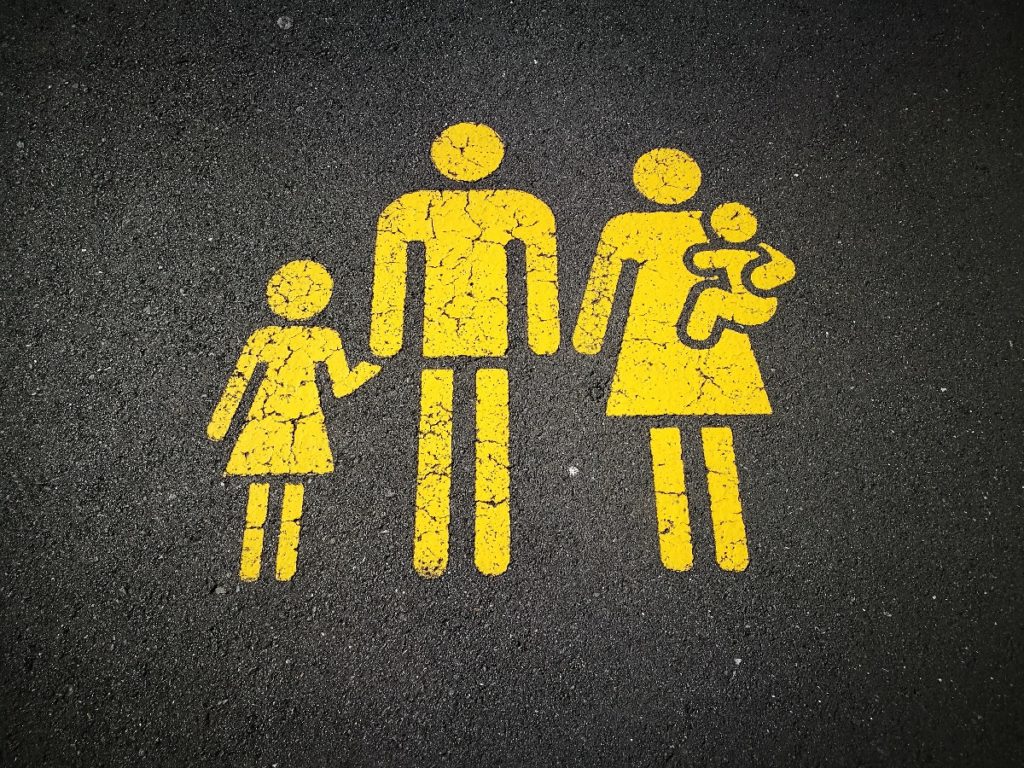 Liminality is a useful framework for examining the provision of family support and increasing our understanding of the role of volunteers working in health and social care.

The authors acknowledge that this was a study of just one Home-Start scheme with a comparatively small sample of participants, all of whom were women. When the research took place, there were no male volunteers in the organisation. Neither did any fathers using the service agree to be interviewed, although it isn’t clear how many, if any, were approached. As most Home-Start volunteers and parents using the service are women, perhaps researchers should be less apologetic about their sampling and more explicit about the gendered nature of parenting and volunteering. For example, similar proportions of men and women in the United Kingdom report being a volunteer, yet men remain very under-represented in volunteering activities that involve caring for children (NCVO 2018).

The scheme itself was the gatekeeper in terms of researcher access so some potential participants might have refused to take part because of worries about confidentiality. It is also possible that both parents and volunteers felt constrained in giving their views, knowing that only one scheme was taking part in the research.

It would have been interesting to know more about whether there were any data that did not fit within the liminality theme. For example, many volunteers are retired professionals – did they experience the professional/volunteer divide differently from those who came to volunteering (as did Margaret Harrison) from a non-professional background? Nevertheless, this is an engaging, clearly written article that adds considerably to what we know about parenting support and the experience of volunteering. 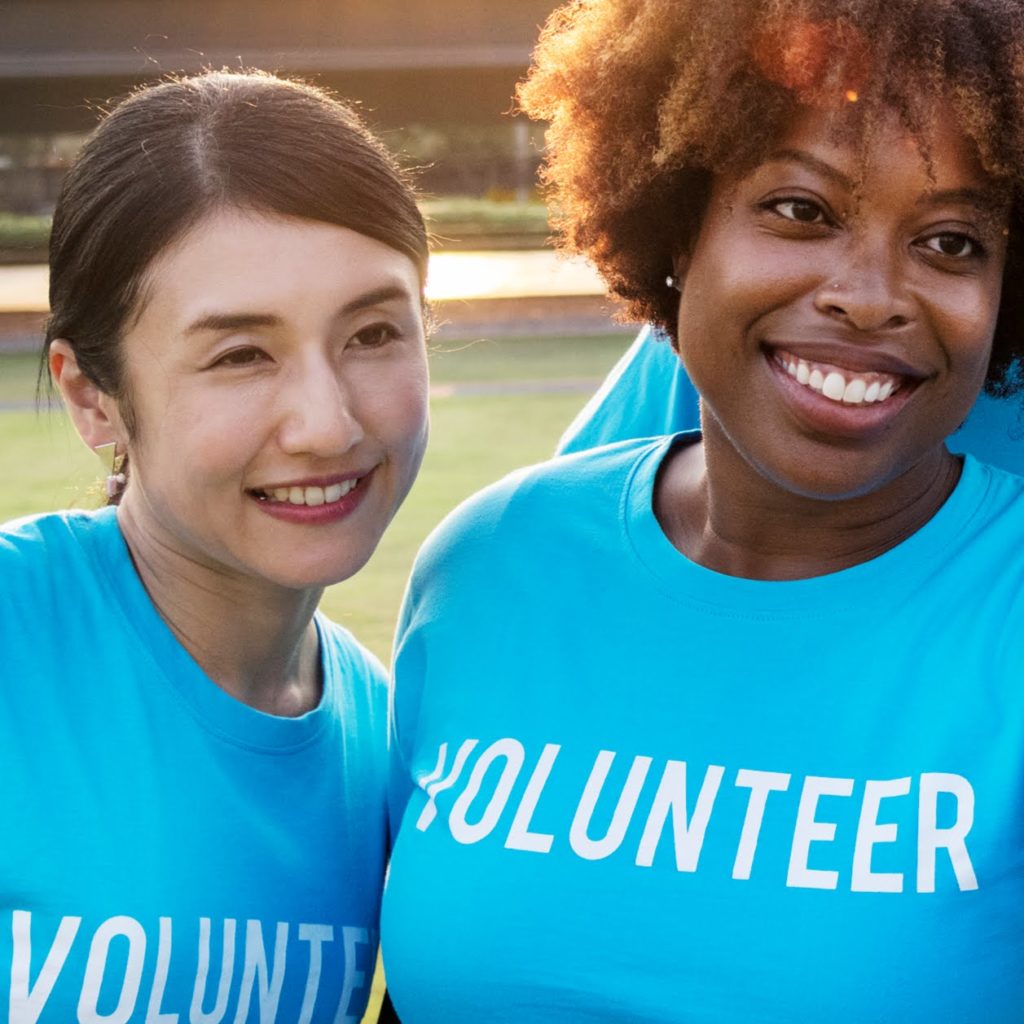 As most Home-Start volunteers and parents using the service are women, perhaps researchers should be less apologetic about their sampling and more explicit about the gendered nature of parenting and volunteering.

Voluntary organisations such as Home-Start are coming under increasing pressure to take on statutory roles delivering time-limited services to people with higher levels of need. Scheme organisers are faced with the difficult task of competing for funding while remaining true to those elements that had been crucial to their scheme becoming established in the first place.

Both mothers and volunteers valued the relationships that were created through Home- Start. It was these relationships which helped parents back over the threshold between ‘coping’ and ‘not coping’ and which enabled them to establish links within the wider community.

Much effort is spent by services on matching volunteers and those whom they visit. This study suggests that attention needs to be paid to endings, as well as beginnings, to ensure that volunteers and people using the service are clear about what will happen when a volunteering relationship comes to an end. 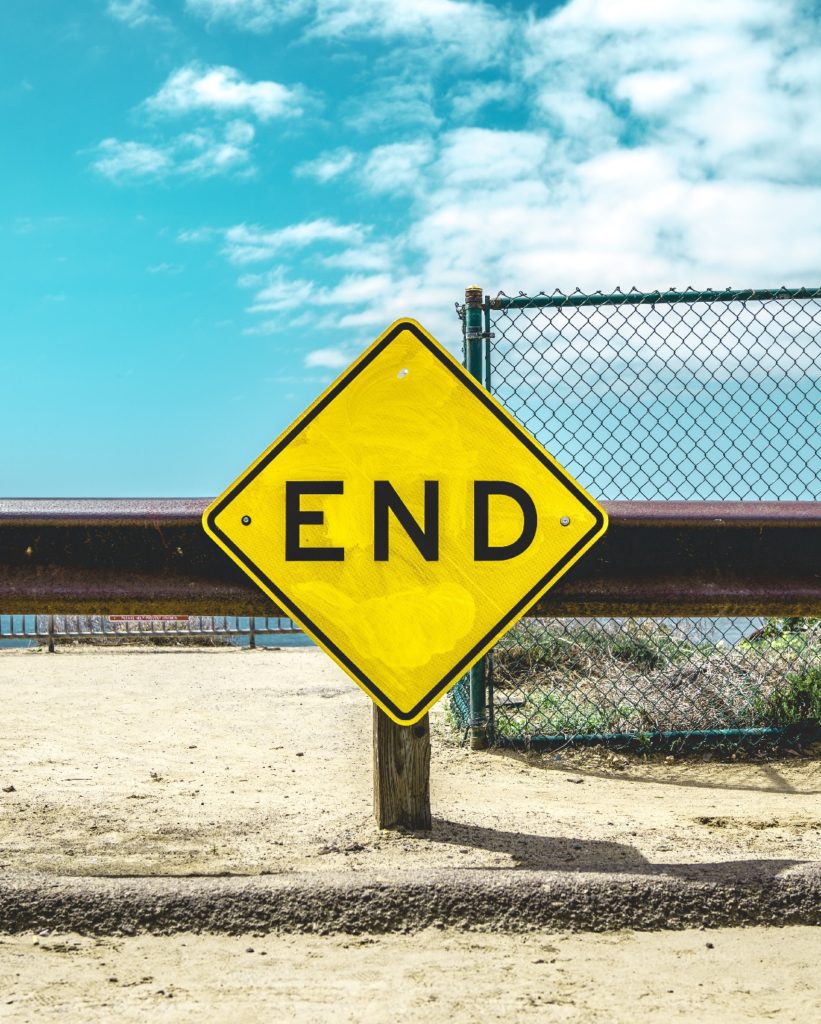 This study suggests that attention needs to be paid to endings, as well as beginnings, to ensure that volunteers and people using the service are clear about what will happen when a volunteering relationship comes to an end.

Bhaskar R (2013). The Possibility of Naturalism: A Philosophical Critique of the Contemporary Human Sciences. Routledge, London.