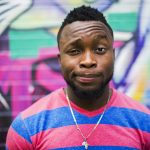 There has long been a concern with risk assessments in mental health care. Such assessments are notoriously difficult and prediction of risky behaviours, particularly towards others, nearly impossible. Use of actuarial tools is consequently discouraged with the individual service user and their circumstances now being the focus of attention. The issue of risk assessment is part of the longstanding debate about care versus control in mental health services as risk is now the central plank in considering detention and compulsion.

A further issue that has received attention is that of ‘positive risk taking’. There is a contradiction between the stated ideal of health service users being involved and in control of their care and the existence, in mental health uniquely, of legislation which can take away any control at all. 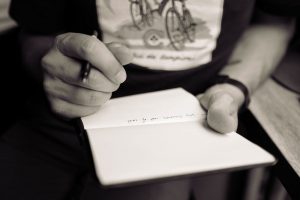 Care planning and coordination includes assessment and management of risk and safety.

This paper is a sub-study of a larger piece of work on care planning which used a mixed methods approach (the COCAPP study published earlier this year, which was covered on the Mental Elf).

The sub-study comprises an analysis of transcripts of interviews with service users, family members and practitioners around the question of how far service users and their families are involved in risk assessments. 67 practitioners were interviewed, 33 service users and 17 family members. The data were subject to in-depth thematic analysis (but see below). In addition, care plans were analysed for evidence of user and carer involvement in risk assessments.

Two main themes were identified. The first is ‘relationships and involvement’ and such a theme or something like it appears in many qualitative analyses of the mental health system. The overarching finding is that whereas care planning is intended to be ‘recovery focused’ with full involvement of the person and their family, such involvement seems not to extend to risk assessment. Workers tend to envision risk assessment as something from which their clients need protection even though some are aware that this is a form of paternalism. Service users, when they are aware that risk assessments are being done at all, often see them as a worker priority rather than their own priority “(it) was their conversation, not my conversation”. This lack of involvement means risks important to service users (such as the iatrogenic effects of medication) are never attended to and what hangs like a shadow over all interaction is the threat of loss of liberty. The possibility of positive risk-taking in such an asymmetric relationship is absent.

The moral work of risk practice

The second over-arching theme, to my knowledge, has not appeared in the mental health literature before. It is termed ‘the moral work of risk practice’. ‘Moral work’ is a discursive and practical attempt to present a person or issue as competent and ethical. The authors suggest that: ”moral work appears to be required in situations of doubt and uncertainty where the rationality of individuals themselves is open to question”. Surprisingly, the situation of doubt here is not the service user, it is the practice of risk assessment itself. It is the rationality of risk assessment that is in question, not, as is usually the case, that of the service user. As these assessments are so uncertain, workers must legitimate what they do by according it high ethical and practical value. This moral work leads to the adoption of ‘accepted fictions’. Originally used to provide legal frameworks for ambiguous conditions (when does a person with poor vision become ‘blind’), in mental health accepted fictions include the belief that risk can be accurately assessed and that this can lead to credible decisions about loss of liberty. The situation remains ambiguous, however, and constant ‘moral work’ is required to maintain the fiction. 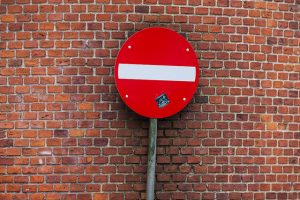 The authors point out that staff claims of involving people in the care planning process do not extend to risk assessment.

The authors suggest that the failure to involve service users in risk assessments and the moral work that leads to the accepted fiction that risk assessments, primarily undertaken by workers, are of value means that care planning can never be the recovery-focused, agentive process it is supposedly intended to be. They note that neo-liberalism catches service users in a trap that on the one hand positions them as the ideal health consumer and on the other as risky individuals whose agency is in doubt to the degree that loss of liberty is always on the agenda.

The strength of this paper lies in the sophistication of its analysis. I would doubt that it can be termed a ‘thematic analysis’ as such are usually descriptive. Particularly the concepts of moral work and accepted fictions seem to be the product of a discourse analysis overlaid on the thematic coding that was undertaken very thoroughly.

The principal limitation of the paper lies in unquestioned assumptions about ‘recovery’, agency in health care and personalisation (Harper and Speed 2012, Rose 2014, Slasberg et al, 2013). The authors appear deeply ambivalent about neoliberalism, on the one hand questioning its assumptions in relation to mental health care and on the other not quite jettisoning its underlying logic. This is strange as some of the authors on social media have been much more openly critical of these concepts. Perhaps this has to do with the imperative to publish.

This work is a novel contribution to the literature on risk, itself both rich and full of tensions. By drawing on multiple ‘perspectives’, and conceptualising the practice of risk assessment in a sophisticated manner, the authors demonstrate how a field full of doubt and uncertainty comes to seem unproblematically legitimate. It would help if they brought the strength of their analysis to bear also on key concepts such as recovery and personalisation. 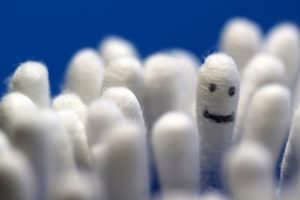 This study suggests that risk averse staff steer patients away from opportunities to benefit from positive risk taking.

Empowering, personalised and recovery-focused care planning and co-ordination: When will we ever learn?

I have personal knowledge of two of the authors.