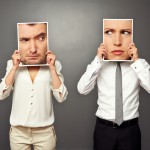 Can health and social care professionals enjoy a healthy union of respect and regard or is this undermined by elements of mistrust and miscommunication?

Evidence to support the benefits of inter-professional working does exist. Research suggests improved self-care and health outcomes but although the GP/social work relationship can be key in crossing the NHS/social care divide, there is a lack of research about the relationship between general practices and adult care teams.

Differing cultures, values and behaviours across health professions have been identified in previous studies and may make inter-professional relationships difficult but there is also evidence of a reluctance to engage in professional collaboration.

This article describes the first stage of a project established to improve inter-professional working practices between general practice and adult social care teams. 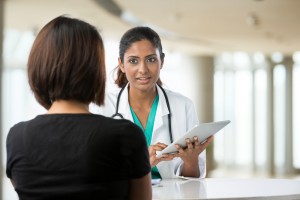 Participants were grouped separately and invited to talk about inter-professional working in primary care.

In all, there were 57 participants, including 9 social workers, 13 GPs and other general practice and adult care professionals including pharmacists and occupational therapists.

Social care workers seemed to have a good understanding of the role and function of general practice.

They reported an awareness of the variety of services offered by general practice and the role of the GP in signposting and referring patients on to other areas.

There was an awareness of the self-employed status of GPs and a suggestion that this could influence GP priorities. There was also a general understanding of the training involved in becoming a GP, but not to any detail.

The importance of the relationship between GPs and their patients was recognised. The power and influence that GPs can perhaps inadvertently exert over patients was mentioned. There was an awareness of the constraints of a 10 minute time limit for appointments.

Medical approaches were described as being different to social care, an example being attitude to risk. Medical practitioners were seen as seeking to eradicate risk whilst social care practitioners saw themselves as recognising risk as a part of life.

GPs were understood to see a ‘snapshot’ of a person’s life whereas it was felt that a social worker would be more likely to visit people and see more of their lives.

General practice participants viewed their service positively. They considered themselves a ‘core’ service, able to respond to patients in a ‘patient centred and holistic way’ more easily accessible and quicker to respond than adult social care teams.

There was a perception that general practice is subject to media and politician criticism and that GPs can be seen to be ‘underpaid, overworked and arrogant’ but this was seen to be a lack of understanding about the role.

GPs found it difficult to describe social care’s role but did mention assessment, prevention and keeping people in their own homes.

Social workers were seen as a ‘jack of all trades’ and there was little understanding of the training required to be a social worker. GPs recognised social worker’s treatment by the media but also confirmed stereotypes with descriptions of social workers as ‘tree huggy’, ‘liberal and left wing do- gooders’.

Social care teams were seen to have a tick box focus with a lack of coordination, consistency or ability to respond urgently.

Resource and policy constraints were recognised and it was acknowledged that little is known about social work with relationships being confined to letters, faxes and the emergency duty team.

Social care teams were easily able to identify their own short comings; bureaucracy, lack of autonomy and lengthy procedures.

It took prompting for the participants to identify what they do well such as taking a holistic view, communicating across the professions and holding ‘courageous conversations.’

They observed a lack of understanding from GPs in particular, about their role along with a lack of respect for their qualifications.

They noted that charging policies can be a significant barrier in their relationships with the people they support.

GPs said they did not get feedback on referrals and social workers said GP referrals did not contain enough information.

One GP admitted creating health care emergencies resulting hospital admissions in order to circumnavigate the social care team. Both services reported a lack of face to face contact and each felt they were better at communicating than the other.

There were positive comments. Both teams recognised the pressures faced by the other and there were some good examples of inter-professional work. These were based upon ‘the development over time of a working relationship based on respect, trust and flexibility’.

GPs were seen to have power over patients and to have higher professional status than social workers. 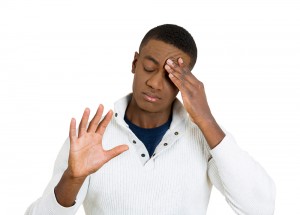 Communication and conversations were perceived by both parties to have potential difficulties.

So despite the plethora of policy pointing us to integrated working, GPs and social workers have an uneasy and unequal relationship.

Particularly uncomfortable for this social care elf is the apparently low self-image of these social workers confirmed by the low regard in which they seem to be held by this group of GPs.

If good relationships thrive upon shared values, mutual respect and easy communication, is this integrated marriage doomed from the start?

This study is small and local to the West Midlands.

However if a broader message is to be drawn, its implications are urgent; if inter-professional working is a requirement of integrated services, this study suggests a need to recognise that effective communication and respect across professions cannot be assumed, it needs to learned and developed.

‘Knowing me knowing you it’s the best I can do.’

If this really is the best we can do, it isn’t really good enough. The people who pay the highest price for our failure to collaborate are the people we support who need us to work together effectively to produce the best possible service.

Breaking up is never easy but apparently, neither is good, integrated working together. The best relationships take thought and effort. This relationship needs work. 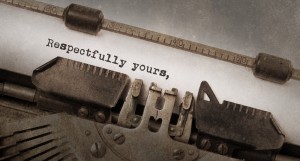 Effective communication and respect across professions cannot be assumed, it needs to learned and developed.