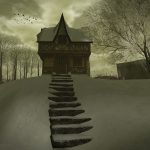 In this post, I consider an ethnographic study of social workers and their embodied practices of visiting families in domestic spaces, an under-researched area of social care.

Ethnography is a broad church (Hobbs, 2011: 1), subject to a myriad of definitions and an umbrella of methods that predominantly include participant observation and ethnographic interviewing (O’Reilly, 2009). It is a process of ‘creating and representing knowledge (about society, culture and individuals)’ (Pink, 2006:22) through immersion in a social setting.

Ethnography is frequently spatially and temporally specific, and aims to produce a description and analysis of a setting that cannot be reproduced (Hollway and Jefferson, 2000). Therefore, ethnographic findings cannot be generalised to other groups or settings. In the main, this is because research is undertaken over a synchronic time and interpretations will differ according to the nature of researcher’s subjectivities (Davies, 1999).  However, ethnography enables us to study real-world experiences, interactions and behaviours in a way that is inaccessible to other research methodologies, and allows for rich and thick description.

The ethnographer is situated within the research setting and this embodiment needs to be acknowledged in terms of the effect on representation, analysis, access to the field and impact on the participants and the researcher. Reflexivity recognizes the researcher’s social location and the role of emotion and identity (Berger, 2013). 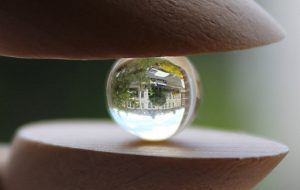 Ethnographic research involves immersion in a social setting, and so the researcher’s role and perspective has an important impact on the findings.

Ferguson’s research was based in two local authority areas in England and funded by the ESRC. He travelled with social workers from their work place to domestic homes, and audio-recorded them as they visited families. As he states, this is similar in some ways to research by Hall (Hall et al., 2014) where interactions between social workers and parents were audio-recorded. However, Hall et al.’s study did not use visual methods / participant observation.

24 social workers took part, with 87 practice encounters, of which 71 were home visits.

It is impossible within this post to do justice to the rich research findings that describe the embodied spatial practices of the social workers and families, and what Ferguson calls ‘the craft involved’ and the skillful negotiations around the homes.

The study groups its findings around the following themes:

Case examples are provided, notably from two of the 71 home visits undertaken, including descriptions of the homes themselves. The dynamics of negotiating access to bedrooms and kitchens are discussed, and the findings show that domestic spaces can be limited as ‘a site for safe practice.’ 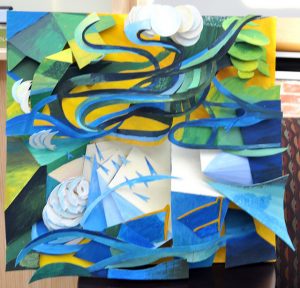 Social workers need supervision and support that “is attumed to their emotional and visceral experiences” of home visits.

There is limited research on home visits within the field of social work, and through a use of sensory, embodied and mobile ethnography, Ferguson has contributed to the area. He signposts the need for social workers to receive supervision following home visits that ‘is attuned to their emotional and visceral experiences.’

The research article contributes to a gap in ethnographic research in social care. It would be interesting to consider the embodied experiences of social care workers’ and social workers’ visit to the homes of older people, and other people who use services. I also think that research exploring home visits by social workers from families’ perspectives is an area for further research. Ferguson’s professional role as a social worker enabled him access to the domestic spaces and as the ethnographer, his embodiment, biographies and own social location provide reflexive discussion of the research.