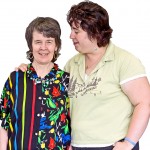 The study conducted by Horner-Johnson and colleagues (2015) aimed to examine the attitudes of support staff in both Japan and the United States regarding community inclusion of people with learning disabilities. In doing so the authors wanted to see if there were any differences between the attitudes of the staff in the two different countries. 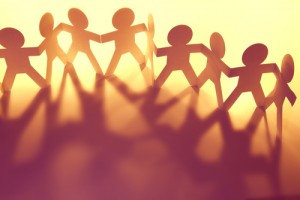 Support staff in both Japan and the United States were asked to complete the Community Living Attitudes Scale Disabilities Form (CLAS-ID) questionnaire. The questionnaire measures attitudes based on four main subscales, outlined below:

In the United States, data were collected from 151 staff members from across 45 community residence agencies within one state. Homes ranged in size from 2 to 22 individuals.

In Japan, data were collected from 76 staff members that worked in a large state-funded residential service that houses roughly 380 adults with learning disabilities. Japanese researchers were employed to distribute questionnaires that had been translated into Japanese.

The research team then looked at all of the collected data and performed several statistical tests to see if there were any differences in attitudes for staff from each country.

However, the team then looked at the effect of several other factors. This included, age, and educational level of the staff, in addition to the amount of time the staff had spent working in learning disabilities and the service users’ level of functioning.

Results suggested that some factors were “potential confounders” meaning that these variables also influence the attitudes of staff.

This included age and educational level of staff. All other factors did not affect staff attitudes.

Educational level was also an important factor, with staff that were more educated demonstrating more Empowering and less Sheltering attitudes.

The research team statistically re-examined the difference between the attitudes of Japanese and United States staff, this time taking into consideration the effect of the other potential confounding factors. On doing so the research team found the effect of country was no longer significant.

Initially results showed significant difference between the attitudes of staff from Japan and the United States and suggested that staff in Japan are more likely to treat people with a learning disability in a protective manner.

It is important to note that although the staff in Japan demonstrated higher levels of Sheltering and Exclusion, that is not to say that staff purposely exclude people with learning disabilities from social opportunities. Instead, the higher level of Sheltering and Exclusion amongst Japanese staff simply reflects the wider societal beliefs about the best way to provide care for people with learning disabilities.

However, when taking into account the effect of age and educational level, the difference between the attitudes of staff in Japan and the United States was no longer significant. This suggests that attitudes can change as newer generations of staff enter the field of support work, and their attitudes will in turn be influences by the wider culture and societal attitudes in which they live. 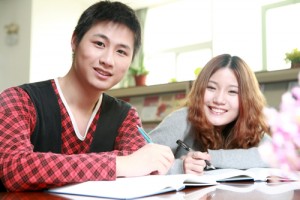 This study conducted by Horner-Johnson and colleagues (2015) is a useful starting point for examining the effect of culture on staff attitudes and for thinking about the ways in which staff attitudes can affect the lives of people with learning disabilities.

The study had a number of strengths, including large sample sizes and the use of Japanese researchers and questionnaires translated into Japanese language

The authors acknowledge that the study has several limitations. For example the sample of staff from Japan and the United States were very different. Not only were there many more participants from the United States, but the actual services in which the staff members worked were also very different from one another.

However, the difference is largely due to the way that supported living services are organised in each of the countries.

The study highlights the need to consider the way in which staff attitudes can shape the experiences that individuals with learning disabilities are able to access; particularly the opportunity to be socially included in community activities.

The results could have practical application. For example they suggest that it may be possible to speed up the process of attitude change through providing support staff with training around social inclusion.

In addition, the results suggest it could be possible to use measures that assess staff attitudes during the selection of new staff members and in the annual reviews of existing staff. These measures would enable both the individual staff member and the wider recruitment team to examine the attitudes of each staff member, which could prompt discussions around community inclusion of people with learning disabilities. 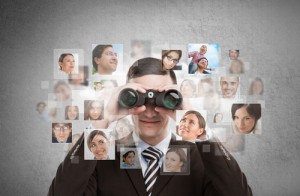