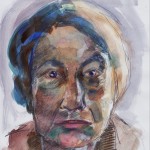 Powerful research can sometimes be conducted in quiet ways. This study of the rapes of older people that asked police force for data is one such example.

Rape of older people in the UK is a title that hints at the different perspectives that criminologists bring. They do not use the term ‘elder abuse’ or ‘sexual violence’ but the criminal offence term. This study provides unique data about reported crimes, with the authors acknowledging that victims are sometimes ‘invisible’.

Taking advantage of Freedom of Information Act 2000 provisions, the researchers asked UK police forces to tell them the numbers of reported rapes (including sexual assault by penetration) of people aged 60 and over in their areas. They chose a five year period to ask about and requested numbers and anonymised details such as the alleged victim/perpetrator relationship.

They analysed the information they received and set their findings in the context of other people’s research and theories from the fields of domestic violence studies, adult safeguarding and feminist criminology.

The reason for taking a Freedom of Information (FOI) approach was that crime statistics do not always collect data about older people on some subjects. For example, the national self-report victimisation survey, the Crime Survey for England and Wales, stops asking about intimate violence when respondents are aged 59 and over.

Bows and Westmarland provide a very useful summary of research about previous studies of the rape and sexual violence committed against older women that has been undertaken in the UK. Some of this has explored the impacts of such crimes on victims. 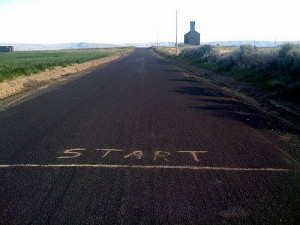 This new open access study is an excellent starting point for anyone looking to learn more about rape and sexual violence against older people.

The researchers set their findings in the context of a discussion about what has been termed ‘real rape’. This term is used to draw attention to stereotypes of rape victims, generally thought to be young women, raped by a stranger, at night. While several research studies have challenged this stereotype, Bows and Westmarland maintain that it persists and is often reinforced by selective media reporting. Indeed they comment that some police campaigns reflect and may even reinforce such stereotypes. The problem with the stereotype is that victims who do not fit its characteristics may not be believed and/or are reluctant to report the crime or pursue prosecution. For older people the persistence of the ‘real rape’ stereotype may feed in to ageist attitudes about older people and sexuality, and prolong myths that sexual violence generally takes place at night, outdoors, and is committed by strangers. The researchers also suggest that such myths may mean that other people miss the signs of sexual offences and victimisation.

Nonetheless Bows and Westmarland suggest that when sexual violence or rape is committed against older people it may be seen as part of a particular type of crime; one perpetrated against particularly frail or vulnerable older people and taking place in the context of other criminal activity such as burglary. Perpetrators are pathologised as ‘sick and corrupt.’ These incidents get widely reported by the media.

Responses to their FOI requests were almost complete; 45 out of the 46 police forces in the UK sent details of their statistics; and most were able or willing to reply in full to the questions. The researchers list 4 key findings from their FOI request responses:

For those working in social care some specific points emerge:

There are some differences between older victims and national statistics covering other age groups:

The proportion of reported rape and sexual assault cases involving an older victim can now be established. Over the 5 years 2009-2013 in the UK there were 87,230 cases reported; in 655 of these cases the victim was aged 60 or over (0.75%). Of these, sexual assault by penetration was more than double the cases of rape. 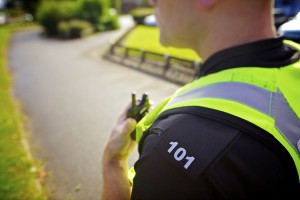 0.75% of UK reported rape and sexual assault cases involved an older victim (aged 60 or over).

Like any police data, the statistics reported are limited to recorded offences and in the area of sexual violence there is major under-reporting. Bows and Westmarland observe that only about 15% of such offences get reported overall. Police forces tend to keep their records in different ways. Nonetheless this is new data; it adds hugely to our knowledge of crime and has great relevance to those working in adult safeguarding.

As mentioned above, one focus of this paper was to explore the stereotypes of ‘real rape’. The researchers argue that the statistics they have collected show that rape against older people is similar to that taking place in other age groups. Media attention to ‘opportunist rape’ of older people as part of burglaries and by young offenders does not generally mention that this type of incident is far less common than that occurring in situations of domestic violence. However they draw attention to the distinctive patterns that the statistics reveal: 1) age differences in victim and perpetrator and 2) the carrying out of such offences in care homes and other ‘caring’ locations. Social care and safeguarding communities need to address this subject as a whole, in prevention, response, and rights to justice. 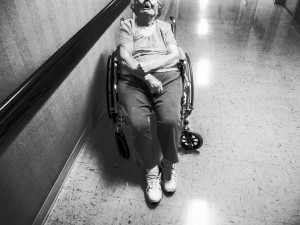 The media portrayal of rape offences of older people does not paint a complete picture of the crime.