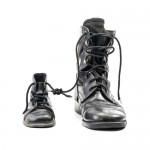 All the elves in the forest try their best to keep the little elves, gnomes and pixies safe, but it can be difficult to know how best to work together to this end. This Welsh paper looks at the issue of multi-agency working in child protection in a human context.

The authors state that child protection may be the most challenging administrative task facing local councils, and many councils have responded to their challenge via performance management, monitoring and regulation. However, despite a duty to coordinate the actions of the multiple agencies involved in child protection work, little is known about the efficacy of multi-agency collaboration.

Reduced resources pose an additional challenge to already stretched Local Safeguarding Children’s Boards (LSCBs), which may be drawn into making decisions about ‘trade-offs’ in investment in preventative and reactive safeguarding work.

‘Problematic developments in safeguarding children’ are summarised, including: 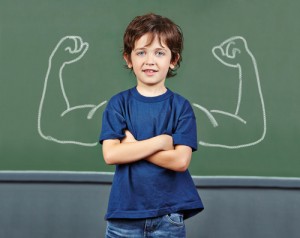 Safeguarding children may be the most challenging administrative task facing local councils. Do they have the muscles to cope with the challenge?

The themes outlined above were explored in a survey. Detailed rationale and evidence is provided about the reason for covering each of the themes relevant to multi-agency working in safeguarding children. The questions covered:

The questionnaire was conducted in two counties in North Wales, and administered to all employees who were directly involved with children and their parents or carers, and their supervisors, from agencies associated with the LSCB. A mixture of qualitative and quantitative data was collected in 2011.

Basic statistical analysis was undertaken on the quantitative data, and qualitative data was ‘systematically categorised for dimensions and trends’ (p5). Of a sample of 540 staff, 210 (39%) responded to the survey.

Participation varied across agencies, with the highest proportion of respondents from Substance Misuse Services and Barnardos (86%), and the lowest from Children’s Social Services (24%) and Specialist Children’s Services (17%). The target population was reached. 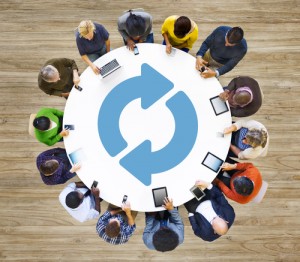 Respondents generally felt positive about relationships with their supervisors and team mates. Most felt treated fairly and able to raise concerns. However, around a fifth of respondents did not feel supported to cope with workplace stress, or/and that their caseload was unmanageable.

Child protection was seen as involving too much paperwork (40%) and just under half had confidence in whistleblowing policies. Colleagues from children’s social care were significantly more likely to complain about ‘unnecessarily bureaucratic’ management processes. Cooperation with other agencies was rated ‘good’ or better by 59%. 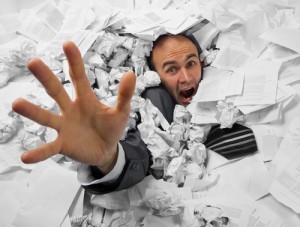 Child protection was seen as involving too much paperwork

40% of respondents reported a lack of administrative support for their child protection work, and midwives and colleagues from Substance Misuse services reported significantly less support.

33% reported having insufficient or no funding for their child protection work. Barnardos appeared to be comparatively well funded while health visitor respondents had highest reported rates of insufficient funding. Time constraints were also frequently experienced.

Experience with other agencies

One of the most common challenges reported in inter-agency working was working to different priorities. 64% thought that partner agencies had the ‘wrong’ priorities at least some of the time. A lack of shared terminology was also cited as a barrier.

Despite this, 60% thought they often cooperated effectively. The majority of respondents felt that they understood purpose of the LSCB and the role of other agencies in child protection (adult mental health teams significantly less so than other professions). Cooperation with adult mental health received the lowest rating. 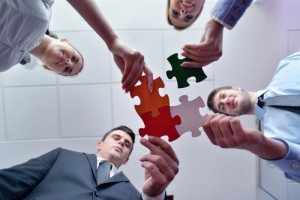 64% thought that partner agencies had the ‘wrong’ priorities. Despite this, 60% thought they often cooperated effectively

54% thoughts senior management was out of touch with front line demands. This perception was correlated with lack of resources, perceived manageable caseloads, finding an effective management structure, and the perception of the agency’s cooperation with other agencies. Senior managers being seen as ‘in touch’ was correlated with three different measures of effective cooperation.

Multivariate analysis of cooperation with other agencies

On an agency level, the majority felt their agency cooperates effectively with others, and this was related to having a common terminology and effective conflict resolution mechanisms being in place. It was also related to traits of agencies; staff feeling treated fairly by managers, bureaucratic management processes, and management structures helpful to child protection. 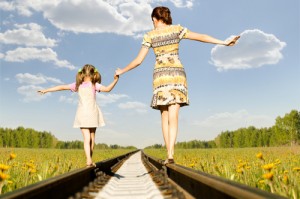 A balance between top-down, administrative control and professional judgement needs to be found and complemented with training

The findings and conclusions of this study should be considered in the light of when the research were carried out (2011). It is possible that the impact of austerity will have magnified the challenging conditions experienced by all agencies reported in the survey – but equally, multi-agency working may have improved since then.

The research was carried out in two areas of North Wales, but the authors point out that safeguarding children there is similar to the rest of the UK.

Additionally, findings seemed to echo results of the literature review detailed earlier on in the paper. Survey results are based on respondent perceptions of cooperation, rather than more objective measures – but this is a valuable source of data on this issue.