Home » Posts » Social care » personalisation » "What about me?" Autonomy in older women with learning disabilities 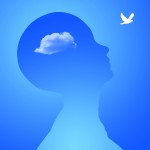 One of the key objectives of Valuing People was for people to have greater choice and control over their lives, including being able to speak up about decisions and everyday choices.

Valuing People makes specific reference to the rights and inclusion of older people with learning disabilities and states that older people who are more mentally alert and have aspirations of younger people should be supported to be as actively engaged as possible with their daily life decisions.

It also highlights the need to support carers, so that those they are caring for have such needs met. In particular, older women with learning disabilities experience significant barriers to their level of autonomy including life choices around employment, social opportunities and living environment (Strnadova & Evans 2012).

Negative stereotypes and discrimination can exert a negative impact upon the level of autonomy experienced by older women with learning disabilities, yet little research has been conducted that explores the factors affecting autonomy in this population. 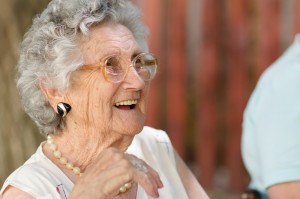 Older people with learning disabilities need opportunities to speak for themselves

The aim of the current study was to ascertain the following:

Participants in the current study had to be female and aged 40 years or older. In addition, they were required to have an existing diagnosis of mild learning disability, which must have been confirmed by the relevant learning disability service.

A total of 55 women were interviewed from Prague, Czech Republic (n=27) and Sydney, Australia (n=28). They were recruited through support agencies including day centres, sheltered workshops, support groups, employment agencies for people with learning disabilities, self-advocacy groups and non-governmental agencies.

The women were interviewed using a semi-structured interview format, so as to provide enough flexibility within the emerging discussions. The researchers used an interview schedule that was based upon a protocol originally suggested by Walsh & Leroy (2004). The protocol contained 102 items which covers 5 discrete sections (demographics, economic and personal safety nets, health, social roles including leisure and wellbeing).

Because the current study had a specific focus upon autonomy, the researchers developed a smaller set of 56 questions to ask the interviewees. The conversations were then transcribed verbatim and analysed using Grounded Theory (Glaser & Corbinova 1999) in order to generate theories regarding the women’s perceptions of their own autonomy.

When using grounded theory, the initial process of analysing interview transcripts is called ‘open coding’. Initial categories of data emerge and a core theme. In the current research, a core theme of ‘quality of life emerged’ from the interview data and within this theme, four main areas of quality of life were discussed by the women interviewed

The latter was a key issue for many of the women and issues such as the concept of ‘normality’ and society’s perception and acceptance of disability. The link between not having a disability and being able to attain life goals was evident within the interviews.

The idea of being different from others was a key barrier to autonomy for many of the women interviewed. Deliberate isolation from others was a reoccurring theme for participants. Other issues such as level of awareness of having a disability and the negative impact of both physical and mental health problem upon levels of autonomy, were common occurrences for interviewees.

For example, dismissive attitudes by health professionals in respect to the likelihood of certain health conditions, lack of attention around problems known to be associated with certain health diagnoses in people with learning disabilities and also the reduced likelihood of participating in screening programmes.

Many of the interviewees that lived alone had experience of managing a household, whereas those in group settings were more restricted in their levels of autonomy in terms of household skills. A key issue to arise was the experience of being ‘over’ cared for by either family members, paid carers or staff. This impacted negatively upon perceptions of autonomy.

The link between this and the development of a kind of learned helplessness and being viewed as child-like, was also evident from the interviews. Many women also cited that having little or no control over their own finances was another factor limiting their level of autonomy. 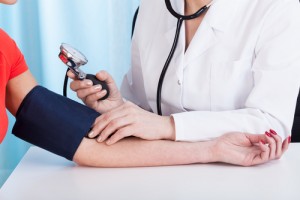 Limiting factors to autonomy included state of health and finances

Again, those women living independently were aware of monetary value and women who were employed were also more aware of their rights. Differences were again observed between those living with families vs independently in terms of their level of knowledge in this area. This again is likely to be related to the concept of over caring or protectiveness of family members when it comes to managing finances.

Factors contributing to increased levels of autonomy included the following:

Women whose family members supported the development of independence skills felt that this increased autonomy. Those living independently and managing their own finances felt that they had higher levels of autonomy than those living in family or group settings.

In addition, those who are in employment or who are engaging in social and recreational activities reported higher levels of autonomy. Many of the women had experienced a variety of challenging life issues and felt that these experiences served to develop crucial coping skills that in turn have increased their autonomy.

The power of having a ‘positive’ attitude and not ruminating on problems such as physical health or anxiety were cited as useful life skills and therefore positively impacted upon levels of autonomy in daily life. 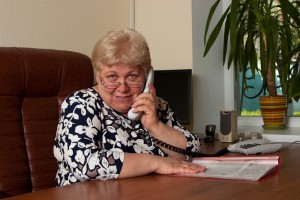 This study has clearly identified a number of factors that continue to affect the autonomy of older women with learning disabilities. These include living situation and occupational and social opportunity. The authors state that older women with learning disabilities are already a vulnerable section of society by the very nature of their gender and additional factors including poverty and the cumulative effects of disability.

They conclude that further research is required that focuses upon increasing the level of autonomy experienced by women with learning disabilities and therefore their overall quality of life as they become older.

Because of the cultural diversity between the groups of women interviewed (Czech Republic and Australia) the authors state that they were cautious of intergroup differences occurring within the interview responses. However; despite the differing backgrounds, no differences in responses were observed.

Also, Grounded Theory uses specific questions and the examples of answers given by some participants, show a high level of verbal ability.

Consideration should therefore be given whether this is representative of the population and whether there was opportunity for less verbally able individuals to communicate their opinions on autonomy.

The study highlights the need to be aware of autonomy in older women with learning disabilities and indeed generally in the learning disabled population.

Key areas in which autonomy could be increased include physical and mental health, finance, social and occupational functioning. Additional issues affecting an individual’s level of autonomy include being ‘over cared for’ either deliberately or by accident through learned helplessness and living situation.

This is a refreshing study as it has addressed a longstanding issue that is often forgotten amongst many of the more high profile issues within learning disability. 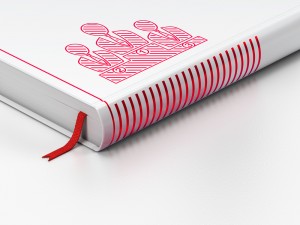 A refreshing study addressing the issue of autonomy, often overlooked in the current climate

Walker, A., G. & Walker, C. (1998). Normalisation and Normal Ageing: The Social Content of Dependency among Older People with Learning Disability. Disability and Society 13, 1, 125-42.