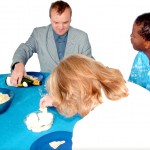 Community participation, enhancing social inclusion and reducing social exclusion were highlighted as  key goals in the commissioning of services for those with learning disabilities by Kagan and Race (1996). This reflected community based services at the time where increasingly, people with learning disabilities were living alongside other members of the community with their families.

Ongoing reinforcement of these goals is required as highlighted by McConkey in Atherton and Crickmore (2012), ‘while leisure and friendships add to the quality of everyone’s life many people with learning disabilities are lonely and unfulfilled’.

Here, Christine Bigby and Ilan Wiesel consider the role of the support worker in facilitating interactions with strangers, as an everyday activity typical within the general population.

Twenty men and six women were involved aged 20-65, either from independent living units or group homes.

Unstructured observations took place within a variety of community settings: supermarkets, pub, a park. People with learning disabilities engaged in conversation with staff, children and members of the public.

Following this the authors’ interpretations of data were presented for discussion within one to one interviews with service managers and focus groups. 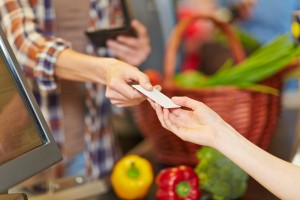 Encounters with members of the public were observed in a variety of settings, most likely to be within transactions or service sector

The authors categorised the data, defined by the actions of the mediators:

A potential barrier to inclusion highlighted within the study described instances where carers/supporters used teaching strategies during interactions. This came across as condescending and compromised the interactions with members of the public, for example a lady in a café who wants to buy a coffee. After placing the order, the supporter asks does she have enough money to pay for it.

This disempowers the service user and reinforces the view of a person being looked after or cared for, the server is clearly uncomfortable due to this. 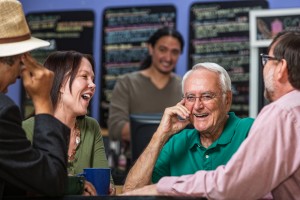 Support workers can seek to engage strangers in discussions, via eye contact, body language or interpretation of actions

The sample of participants had been accessed conveniently, the organisations from which they were recruited were closely aligned to the research institution.

The sample included only people with mild or moderate Learning Disabilities, who were described as requiring limited support. The themes identified in the study indicate they were able to communicate needs, budget, meet personal care needs etc.

Generalising the findings to those with more complex needs would be difficult and I would argue that those with more severe learning disabilities are the most likely to be socially excluded from participation.

Unfortunately in terms of the support worker-client relationship it is not possible to draw conclusions based on demographic information such as age or gender in relation to the supporters as this has not been made available. (It was not possible to consider whether there were any impacts of gender or age on the support worker-client relationship as data related to these were not made available in the study.)

The Hawthorne effect (whereby the presence of an observer impacts on the behaviour of those being observed) is acknowledged in terms of the staff member and members of the public and the author  recognises the potential positive impact of this, in that the staff may be presenting the best attempt to promote inclusion on that day, however no reference is made to the potential impact on the service user.

As with other studies of this nature, the interpretations of the interactions could be biased, being reliant on one person’s view, there might have been attempts for inter-rater reliability, however the difficulties in interpreting the behaviour and thoughts and feelings of others would remain. It is positive that the themes within the study reflected similar encounters from the pilot study in 2013, however this also links to the possibility of bias.

This is a descriptive study, meaning that the how, when and why of each situation cannot be addressed, rather it focuses on what occurs within the social interactions identified. As an exploratory study the insight offered allows for the development of further thoughts in terms of the changing role of support workers in the lives of people with learning disabilities.

The recognition of the role in providing meaningful engagements with members of the public and the ability to participate in everyday interactions is important. The thoughtfulness of some of the support workers in terms of the work they did to facilitate these interactions is insightful and compassionate. The power of staff in ensuring an active and meaningful social and leisure life, is highlighted by Gates, it is ‘within their gift to promote this’.

As McConkey asks, ‘might our current model of support service actually inhibit people from developing a rich social and leisure life?’

This study allows us to ask further questions, particularly with regard to the interpersonal factors between the supporter and the person with learning disabilities enhancing our understanding of whether ‘a new type of relationship is required between paid staff and the people they support to allow this to happen? (McConkey).

The importance of fostering these approaches through values-based recruitment and training is clearly indicated. 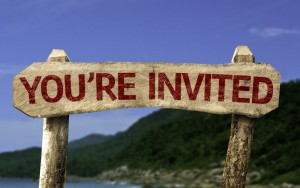 Kagan, C. & Race, D. (1996). Participation in and by communities: What can we learn from community development? Whalley: North West Training and Development Team. Accessed online: http://www.nwtdt.com/Archive/pdfs/pic1.pdf