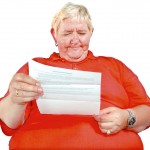 The Mental Capacity Act (2005) was amended in 2007 with the addition of the deprivation of liberty safeguards (DoLS). They exist n the code of practice and came into force in April 2009. The safeguards are there to make sure that if anyone is unable to consent to care or treatment, there are systems in place to ensure their freedom is not restricted by a care home or hospital any more than is absolutely necessary.

Often the issue facing the person requires there to be multidisciplinary decision making process, and psychiatrists will be involved in this as one of the professional groups involved in implementation of the safeguards for individuals.

We have posted before about the variation in knowledge and understanding of the mental capacity act amongst community teams, but the researchers in this study were interested to explore in more detail how the safeguards were perceived b psychiatrists, and what they thought about their implementation..

The authors used a survey methodology, posting a questionnaire to 519 psychiatrists to ask a range of questions about their views and experiences of DoLS.

They found that almost three-quarters had had DoLS training  and that 81% of those who had had training believed that DoLS would protect the rights of vulnerable people.

Almost half of those who had been trained and about the same number of those who had not, agreed that the safeguards made a valuable contribution to the provision of care in the least restrictive way possible.

A number of concerns were raised by the respondents, but the most common was the potential for an increase in bureaucratic processes, where staff supporting directly people would be required to spend more time on completing paperwork. 50% of all respondents felt that DoLS should extend to community placement provisions.

The authors suggest that the views expressed by this group of psychiatrists will be especially relevant to psychiatrists, but also to other professionals who work with adults who lack capacity to consent to their care or treatment.

They conclude that as the process

continues to widen, it is important to recognise the issues, encourage use of DOLS process to protect human rights, and to address key gaps in training.