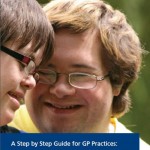 Annual health checks for people with learning disabilities were introduced as part of the Direct Enhanced Service in England in 2008 and a recent review of studies involving over 5000 people with learning disabilities showed that the provision of checks consistently found unmet health needs and enabled targeted action to address these needs. Health checks have been found to be effective in identifying previously unrecognised health needs, including life-threatening conditions.

Since the introduction of annual  health checks, the learning disabilities observatory (IHAL) have produced  three annual reports on the progress made on implementing these checks in PCT areas. The current report overs the period to include 2012/13.

The report found that

In terms of coverage  – the percentage of eligible people receiving a check the authors found there was a distinct difference between areas with the South West, East Midlands, Yorkshire and Humber, East of England and North West performing well in this area, with weaker performing areas being London, North East, South Central, West Midlands and South East Coast. The authors point out that this pattern of performance has not changed over the three year period in which they have been reporting on annual health checks.

At the level of individual Primary Care Trusts (PCTs) the authors state that fourteen PCTs achieved higher than 75% coverage, but at the same time, eleven achieved less than 25%. They suggest their figures show that many of the PCTs who had performed poorly last year have continued to do so, whilst those who had performed well in previous years have also continued to do so.

The authors also draw attention to the concerns raised in previous reports about a small number of PCTs which had reported surprisingly low numbers of people eligible for health checks. For example, the 2010/11 report showed eight PCTs providing figures representing less than half the average rate of learning disabilities in their Strategic Health Authority. This year’s report shows two of the original eight still reporting low numbers. Analysis of the numbers of people reported as having learning disabilities by their GP in QOF registers may be a way of overcoming this reporting difficulty.

The authors conclude that in the five year period covered by their reports on annual health checks there has been considerable progress, but that this report shows that the rate of improvement is slowing. They suggest that disruption caused by the recent reorganisations in the NHS may have had an impact on progress in this year.

They suggest there are a number of questions of interest that remain unanswered by the current approach to data collection and analysis, for example, questions about the proportion of people who do not want to have checks, or whose carers do not want this.

They also point out that after give years, those GPs who are not in the scheme are likely to have made a positive choice to not be involved and that those GPs who have implemented the scheme may be finding that after the first two or three checks for any individual, new findings become less common. They may take the view that checks in alternate years may be sufficient for some individuals.

The authors suggest that the current approach to data collection and analysis will not allow these questions to be explored,  but suggest instead a need for practice level studies and work with patient experience.

The Uptake of Health Checks for Adults with Learning Disabilities 2008/9 to 2012/13,  Glover G & Niggebrugge A, Public Health England