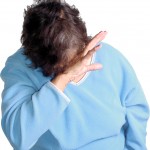 Last week, we posted about the BIDs research, which provided a great deal of insight into the current approach to making best interests decisions under the Mental Capacity Act (2005).

The Deprivation of Liberty Safeguards (DoLS) were introduced into the act and came into force in 2009 to ensure that where people who may need treatment in a hospital or care home, but are assessed as lacking capacity to decide whether they want this, will not be detained against their will inappropriately.

Since they came into force, the Care Quality Commission in England has produced a regular report on the use of the safeguards. These reports have criticised a number of aspects of the operation of the safeguards in the past, for example what they considered to be significant underreporting by NHS hospitals where they think that a patient needs to be deprived of their liberty for treatment or care which they can establish is in their best interest.

The fourth annual report has just been published and shows a continuation in the year on year trend of increasing numbers of applications. However, the rate of increase in 2012/13 was smaller than previous years.

CQC also noted the increase in the number of notifications, but this was also a smaller increase than in previous years. As in previous reports however, the CQC are still concerned about lack of understanding of the Act and its operation amongst staff in health and social care services. Lack of involvement in important decisions by people concerned

To produce the report, CQC carried out a survey of a number of Independent Mental Capacity Act Advocate services, which, although identifying some good practice, still found a significant lack of involvement in important decisions by the people concerned and a picture of health and social care staff not listening to what people were saying, however this was being said.

As in previous years, there continued to be a significant failure on the part of hospitals and care homes to notify CQC of applications to use DoLS, with nearly two thirds of who made applications failing to make a notification to CQC.

The authors are keen to point out that good practice had been found, and there are a number of individual case studies in the report which illustrate this.

Next Steps and Recommendation by CQC

CQC have set out in the report, a number of ‘next steps’ which include an expectation that there will be better communication, consultation and sharing of information with the person directly affected by DoLS, their representatives and other close relatives and friends as well as significant improvements in notification rates to the commission by Hospitals and Care Homes.

They recommend that NHS England includes expectations on the effective use of the Deprivation of Liberty Safeguards in the standard contract for providers.

Download the full report here: Monitoring the use of the Mental Capacity Act Deprivation of Liberty Safeguards in 2012/13, Care Quality Commission

Download a summary report here:  Monitoring the use of the Mental Capacity Act Deprivation of Liberty Safeguards in 2012/13, Care Quality Commission Summary

CQC have also produced an infographic which you can download here: DoLS 2012/13 Infographic