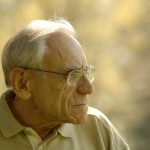 Adherence to drug treatment is a constant challenge for mental health practitioners, so any research that explores why patients stop taking their medication is usually of interest.

There are many published studies that look at the reasons why people decide to stop taking their antidepressants, and these range from finding it difficult to cope with the side effects to just not wanting to be popping pills on a regular basis.

This randomised controlled trial conducted by researchers from Little Rock, Arkansas, examines the experiences of veterans (mostly middle-aged and elderly men) prescribed antidepressants, specifically with regard to different types of non-adherence, reasons for non-adherence, and side effects.

The trial involve 395 patients with depression and adherence was measured from patient self-report and pharmacy data. Patients were categorised as adherent if they reported taking the full dosage ≥80% of the time. Adherence was also measured using medication possession ratios calculated from administrative pharmacy data.

In this sample of mostly middle-aged and elderly men with depression, treatment non-response and side effects were the rule rather than the exception. These findings suggest that non-adherence may have resulted primarily from patients’ negative experiences with antidepressants rather than structural barriers or non-compliant behaviours.