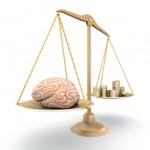 Patients with DSM-IV-defined schizophrenia (N = 1,460) were given perphenazine or one of the 4 second-generation drugs (olanzapine, quetiapine, risperidone, or ziprasidone) and followed for up to 18 months (phase 1). Patients with tardive dyskinesia were excluded from the randomization that included perphenazine. The Calgary Depression Scale for Schizophrenia (CDSS) was used to assess depression severity. Group differences during treatment with the first drug patients received were measured using mixed models. An interaction analysis evaluated differences in drug response by whether patients had a baseline score on the CDSS of ≥ 6, indicative of a current major depressive episode.

Patients taking all drugs saw significant improvement in depression, but the study found no significant differences between the first and second generation antipsychotics on phase 1 analysis. A significant interaction was found between treatment and experiencing a major depressive episode at baseline (P = .05), and further paired comparisons suggested that quetiapine was superior to risperidone among patients who were in a major depressive episode at baseline (P = .0056).

Last reply was July 3, 2011
Try out our members features!