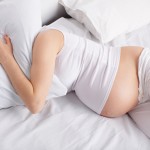 Depression commonly occurs during pregnancy and it’s often a challenging condition to treat as the health of the mother has to be balanced with the potential risks that can be caused to the foetus by antidepressant drugs.

Pilot trials have previously shown that light therapy may be a safe and effective treatment in this population, so researchers from the University of Basel conducted a small randomised controlled trial to investigate this issue further.

27 pregnant women with non-seasonal depression were randomly assigned to either:

All patients had a one hour session of light therapy after waking up each morning.  The treatment lasted for 5 weeks.

Depression was measured each week with the Hamilton Depression Rating Scale (HDRS).

Bright white light treatment for 5 weeks improved depression during pregnancy significantly more than placebo dim red light. The study provides evidence that light therapy, a simple, cost-effective antidepressant modality with minimal side effects for the mother and no known risk for the unborn child, may be a useful non-pharmacologic approach in this difficult situation.