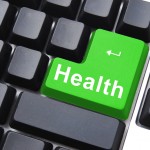 Today’s blog comes courtesy of The Lifestyle Elf.  If you’re interested in healthy lifestyle research on diet, exercise, smoking, drinking and other public health issues, you can follow my cousin on Twitter, Facebook and via her excellent blog.

When you’ve got a problem, where do you look for help, support and information? Here in the woodland we have, of course, got a wise owl to consult, but we also love the internet. When it comes to seeking help for health-related problems, it offers many obvious benefits, including anonymity, access to specialist centres regardless of location and interactive support from online communities with the same interests or concerns.

An interesting study has been conducted in the Netherlands, which looked at the effectiveness of two different types of internet-based programmes to help people reduce the amount of alcohol they drank or to stop altogether. To be included, people had to score 8 or more on the Alcohol Use Disorders Identification Test (AUDIT), the level considered to indicate harmful alcohol use, and to report drinking an average of more than 14 standard drinks per week.They had not been previously treated for substance use problems or used illegal drugs at significant levels.

The study involved 205 adults, who were recruited throught the website of Jellinek/Arkin, the collaborating substance abuse treatment centre.There was an equal number of men and women, with an average age of 42 years and most were relatively well-educated and in employment. They were randomly allocated to internet-based therapy (TAO), internet-based self-help (SAO) or to a waiting list group with no treatment (WL) .The two programmes were both based on cognitive behavioural therapy treatment exercises but where SAO was fully automated for people to work through by themselves TAO included text-based chat therapy sessions with an assigned therapist, linked to homework assignments and based on different themes. Participants were assessed at baseline and at three and six months after randomisation. The researchers looked at changes in self-reported alcohol consumption and also alcohol-related problems and quality of life. Here’s what they found:

The findings should be of great interest, not least as this has the potential to reach types of drinkers (women and employess) who are currently underserved.