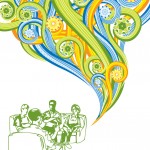 110 outpatients with OCD were randomised to either:

Outcomes were measured before and after treatment, as well as at follow-up (6 months and 12 months).

The researchers also conducted a meta-analysis of 4 comparative studies in this field, including this randomised controlled trial.

The results of this study suggest that OCD can be treated effectively with a group format of CBT, thus sparing some therapist resources, although the four accomplished comparative studies do not rule out the possibility of a small superiority of individually conducted CBT.

Last reply was September 21, 2011
Try out our members features!